Florida State wasn’t the only organization to score a big win this week. Spartanburg, S.C.-based Denny’s scored a touchdown of its own with a game-related tweet that earned more than 6,000 retweets in the hours after the BCS National Championship game on Jan. 6. 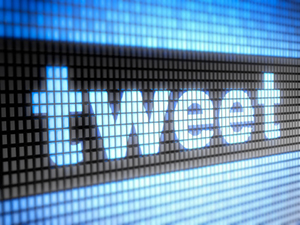 Denny’s has tried “newjacking” before with less successful results. Before the season finale of “Breaking Bad” last September, for example, the chain tweeted an image mimicking the television show’s logo that read “Breaking Bacon,” with the message, “What will you do when #BreakingBad is over? How about breaking bacon with friends at Denny’s to discuss the finale.” That post only was retweeted 75 times. In fact, many of Denny’s tweets are headline driven, including posts parodying the Velveeta shortage, the Polar Vortex and the Mega Millions jackpot, and the results have varied.

Generating successful tweets has been the charge of marketing departments ever since Oreo made news with its viral blackout tweet during last year’s Super Bowl. And it’s sure to be the goal going into February and March, when we’ll face the rare-as-leap-year trifecta of the Super Bowl, the Oscars and the Winter Olympics.

So what is the secret formula for the perfectly timely tweet. Here’s my (unscientific) observation:

1. It’s simple. What was so brilliant about the Oreo tweet, of course, was the fact that it was almost stark, with its image of a lone cookie against a dark background and seven little words: “You can still dunk in the dark.”
2. It’s funny. Twitter is not the place for brands to take themselves too seriously. It’s social media; nobody wants to work too hard to get the message.
3. It doesn’t name the brand. Those kids on Twitter don’t like a hard sell. Keep your name out of it.
4. It’s visual. We all know people like pictures. As the @DennysDiner and @OreoCookie tweets show, the image doesn’t have to be high-quality or overthought. At the same time, having the right image on hand does require a little preplanning.

Will these factors guarantee 5,000 retweets—of course not. More important than all of this is knowing your audience. But it doesn’t hurt to keep these basics in mind this Sunday, while the Golden Globes stream in the background. After all, you never know what Tina Fey and Amy Poehler will say.