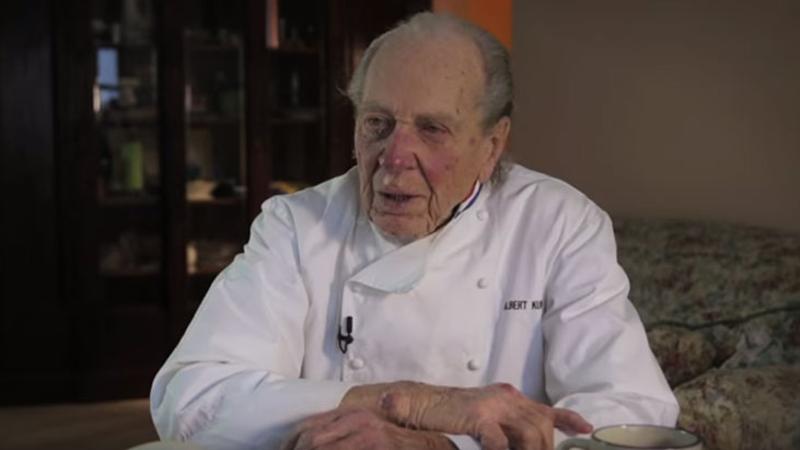 Albert Kumin—the legendary pastry chef who left an imprint on more than just the delectables he cranked out for the Four Seasons, Windows on the World, Howard Johnson’s and the White House—died Friday at age 94.

Tim Ryan, president of the Culinary Institute of America, hailed Kumin at an awards ceremony this spring as the best baker in the United States during the Swiss-born culinarian’s heyday.

As chef and teacher, Kumin touched several generations of pastry chefs and big-name restaurateurs, starting with his emigration from Switzerland in 1948 to Canada, where he landed a baking job in the Ritz-Carlton in Montreal. His artistry there attracted the attention of famed New York City restaurateur Joe Baum, who invited Kumin to become the baker at a high-end restaurant that was about to open in Manhattan, called the Four Seasons.

Kumin developed such signature desserts for the power-lunch site as chocolate velvet cake, now a familiar sight to any fan of desserts. The after-meal treat became so popular that Kumin ended up baking an estimated 200,000 of the cakes.

He also baked for a restaurant operation at the other end of the market spectrum: Howard Johnson’s, then the industry’s largest chain. Kumin cranked out enough baked goods to supply the whole system, which numbered in the hundreds of units.

He became an instructor at the CIA in the early 1970s, then took a detour to the White House, where he baked desserts while Jimmy Carter was in office.

Along the way, Baum tapped Kumin again for a new restaurant, this time a showcase atop Manhattan’s Twin Towers. There, he made Grand Marnier cake a signature of the place. Sirio Maccioni, owner-operator of New York’s Le Cirque, would bring his family to Windows every Sunday for a meal that always ended with one of Kumin’s specialties, recalled Maccioni’s son and business partner, Marco.

Kumin would later work for a baked goods supplier, and started a training facility called the International Pastry Arts Center in Katonah, N.Y.

In April, Kumin was presented with an Augie, an award presented annually by the CIA to individuals who have left a lasting mark on the U.S. restaurant industry.  The honor is named after Auguste Escoffier, arguably the most famous chef in history.