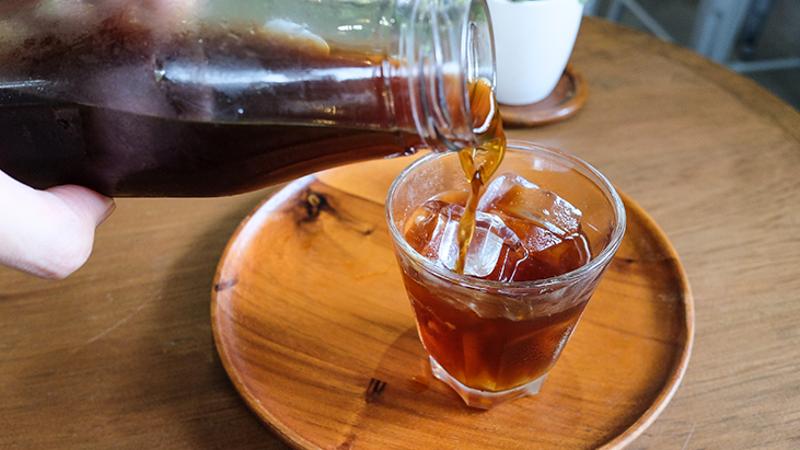 All coffee served over ice is the same, right? Not when it comes comparing traditional iced coffee to cold brew coffee. Although each can offer a refreshing take on coffee—ideal for warmer months or as an afternoon treat—there are several key differences between the two beverages.

For iced coffee, coffee is brewed hot, at double strength, and then poured over ice. With cold brew coffee, coffee grounds are steeped in ambient temperature water for an extended period of time (typically 10-24 hours), using time rather than heat for a gentle extraction process.

Iced coffee is medium-bodied with strong coffee notes that dominate when over ice. Cold brew is full-bodied, yet smooth and well-balanced when poured over ice.

Iced coffee is often served with dairy or an added flavor to compliment the strong coffee notes. Cold brew has a more naturally sweet taste and is more likely to be enjoyed without the addition of dairy or sweetener. Additionally, cold brew coffee can be enjoyed hot or cold.

Cold brew is also seen as a healthier format between the two. With its smooth, lightly sweetened taste, consumers aren’t adding as much, if any, condiments—making cold brew coffee a low-calorie, low-sugar beverage option. With consumers departing from other caffeinated choices, such as soft drinks, cold brew opportunities abound.

What started as a DIY effort for cold brew coffee enthusiasts at home has become a retail sales phenomenon. According to Mintel, cold brew retail sales grew 339% from 2010 to 2015.  The popularity of off-the-shelf retail cold brew products, including cold brew and milk, flavored cold brew and nitro cold brew, paved the way for growth in the foodservice sector.

Datassential MenuTrends 2016 indicated that cold brew menu penetration has grown more than 300% from 2014 to 2016, with more and more national chains taking their cue from coffeehouses and adding cold brew coffee to their menus.

In sum, cold brew refers to the method of brewing and the temperate water that is used to soak the ground coffee. The lengthy brew time of hours (vs. minutes during hot brewing) results in a different flavor profile that works particularly well with some coffee blends and is growing in popularity around the U.S. With these differences in mind, it’s interesting to see how cold brew coffee has grown into its own distinct beverage category.