The moves that consumers have been making toward health in the last few years can no longer be considered just a trend—they’re now the norm, and retailers and foodservice operators have had to answer the call for healthier options in order to compete for share of stomach. 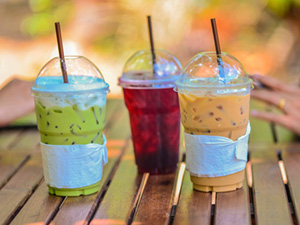 In the same way, sugar-sweetened beverages—in particular, carbonated soft drinks—have been relegated to the back of the fridge in recent years, as concerned consumers have tried to cut added sugar and empty calories from their diets. Diet carbonated soft drinks haven’t been exempt from this trend, either—in fact, this segment experienced a 2.8 percent decline in dollar sales from 2010-2012, according to Mintel’s June 2013 Carbonated Soft Drinks report.

Here’s a sampling of healthy beverage options that retailers and operators can offer to offset declines in carbonated soft drink sales:

Additionally, using menu callouts or special merchandising that promote these healthy beverage options can help drive incremental sales. According to Technomic, more than two-fifths of consumers report that they’re likely to purchase beverages that are advertised as “reduced-sugar” or “sugar-free.”