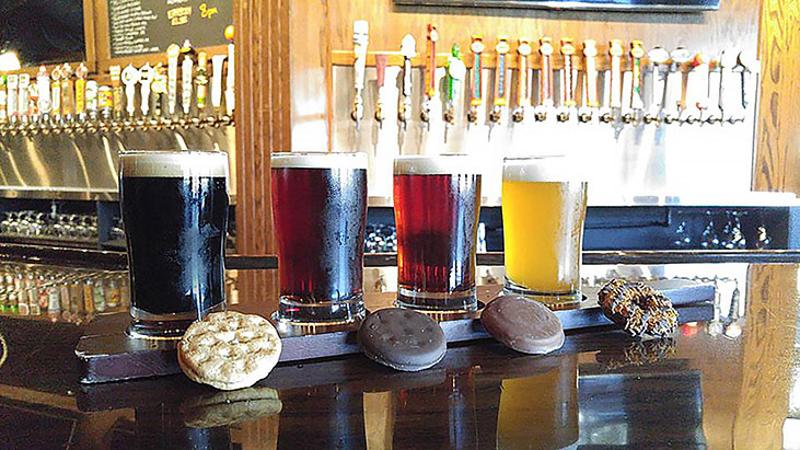 Whether seasonal, regional or simply unique, limited-time offers are not only a way to test possible new products, but also a great marketing tool to get consumers excited about a brand and in the door. A beverage LTO can help gauge customer interest, as consumers on average order drinks away from home about four times a week, according to Technomic’s Beverage Consumer Trend Report.

“Beverage LTOs allow us to tap into cultural and seasonal trends,” says Taylor Montgomery, director of brand marketing at Taco Bell. “It also allows us to regularly provide new offerings without overloading the menu and operation.”

“When we offer a beverage LTO, we know we’re increasing preference on the drink,” says Amanda Earley, brand manager for Bahama Breeze. The casual chain recently introduced three new rum drinks for a limited period, including Pirate’s Paradise, served with a small bottle of rum upside down in a take-home glass. The drink was priced slightly higher than other options to cover the cost of the glass, but was still close enough to previous drink specials so “the glass felt like an added gift,” Earley says. Guests could purchase the cocktail without the glass, but Earley says they didn’t see much interest. “Part of the drink’s success was its appearance,” she says. “Guests were excited to take a photo to share with friends.”

Bahama Breeze has also had success with an experiential approach, by using staffed satellite bars within its units to serve certain beverage LTOs. “It aids in efficient operations, and it also adds energy to the restaurant,” Earley says. “The satellite bars began as a way to provide a differentiated experience and additional entertainment. However, they also help us get drinks out faster.”

Peet’s Coffee has seen value in short-term offers that complement each other. “We often run food and beverage LTOs at the same time and find that sales reflect positively,” says Patrick Main, senior R&D manager for the chain.

For a spring seasonal item, Peet’s developers focused on matcha, and worked with California bakeries to create a matcha cake to pair with a honey matcha tea latte. “We try to leverage a holistic approach when developing our LTO platforms,” Main says.

Concepts with craft beer among their core offerings typically rotate new brews on the menu for a limited time. Some, however, are more ambitious with their special promotions.

Earlier this year, The Brass Tap—named one of RB’s2017 Future 50 growth chains—temporarily paired eight beers with Girl Scout Cookies. Red Robin has partnered with brewers to offer limited-run beers developed to taste like the specialty burgers on its menu. And Karl Strauss Brewing Company (another Future 50 chain) regularly turns the rollout of new beers into special events. To mark the annual release of its anniversary brew, the chain sells tickets to a party with live music, a special pairing menu and samples of rare and limited-release brews before they’re available to the public.