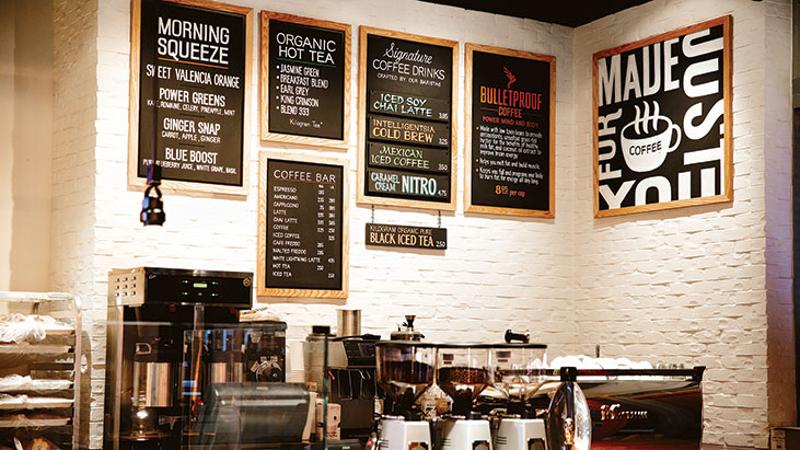 In the era of customization, it’s not just fast casuals trying to balance speed with DIY menus. Operators cranking out breakfast beverages face a similar lofty challenge: how to get customers through the door quickly with drinks to their specifications. While there’s not a one-size-fits-all fix, both large QSR coffee and smoothie operations and more artisan coffee providers are examining the ways they can speed throughput without compromising quality.

Handling an uptick in morning beverage consumers can be as simple as having enough staff to keep the line at bay—and keeping them organized. Tony Dreyfuss, co-founder of Metropolis Coffee—which has a coffee shop in Chicago and provides small-batch coffee to restaurants across the country—switched to an assembly line model for his coffee shop, with a cashier; an expediter for drip coffee and pastries; and two baristas, one for steamed milk and the other grinding espresso. “We try to emphasize using a team-based approach to getting drinks to customers very quickly,” says Dreyfuss. “But for us, we can’t sacrifice quality for speed, and I think our customers get that.”

Smoothie King, however, found from a recent customer survey that speed is everything, especially for its guests visiting a drive-thru unit. “One of the things we’ve been working on is deployment maps [position charts],” says VP of Operations Brad West. “That means more staff when necessary, and everyone is in a particular position, has a certain role, during peak time. The person on order-taking is well-trained at getting the person through the menu. Someone is in charge of blending, pouring, etc. That has really helped increase the speed of that transaction.” Another thing that’s helped: Smoothie King added technology that times how long it takes cars to go through its drive-thru to measure its own speed and pinpoint issues. Through the software, employees can watch the clock for each car, putting the heat on them to get drinks moving quickly.

Even with these efforts, though, the line can get long. “Our baristas are used to custom orders. Some custom orders may add a minimal amount of time to the preparation, but our overall goal is to provide an accurate customized beverage in a timely manner,” says Gloria Jean’s CEO Brian Balconi. To make sure customers aren’t waiting too long without any assistance, Gloria Jean’s sends a staffer out into longer lines to start taking orders before the guest gets to the counter.

Beatrix, a two-unit American restaurant in Chicago with a coffee shop built in, has found it key to make sure the area is zoned and organized for staff to be able to quickly grab what they need. Previously, the concept stored a lot of supplies in the back of house, resulting in a slowdown if a staffer had to take a few minutes to head in back. Now, more product is upfront.

For Smoothie King, zoning—all coffee supplies in one area, tools for tea in another and so on—has been a huge area to help cut down time as well. “We have upgraded our line equipment so they have more storage up front, so our employees don’t have to make trips to the back of the store,” says West. “We’ve also looked at equipment that may be slowing them down—for instance, purchasing new measuring tools so employees can scoop the same amount of a protein powder once instead of three times.”