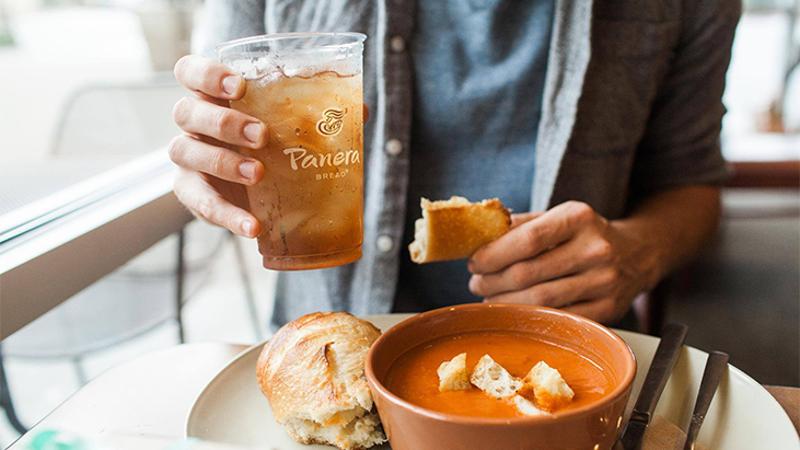 Doubling down on its push for ingredient transparency, Panera Bread will begin disclosing the amount of calories and added sugars in its full line of self-serve beverages.

Panera says it will be the first national restaurant brand to post that information, a practice it’s set to begin early next month. The labels will be placed at the chain’s self-pour beverage stations.

“With up to 75 grams of sugar—just one [20-ounce] soft drink contains more than the recommended daily amount of added sugar,” Panera CEO Ron Shaich said in a news release, adding that the chain wanted to offer options but not “tell people what they should drink.”

Concurrently, Panera is launching a new drink line free of artificial ingredients. The craft beverages, including teas and lemonades, will appear­ in select locations next month and will roll out nationwide by September.

Panera has been pulling artificial ingredients on its No No List from its menu since 2015, which led the chain to launch a clean soup line and kids menu.