The best thing about boundaries is seeing them broken. By that standard, fall of 2013 has been a legendary time for restaurants. 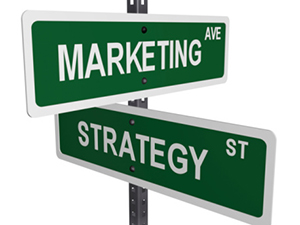 A seismograph is the only means to gauge the impact of Subway’s adoption of a $5 price tag for foot-long sandwiches, a head-scratcher of a move that changed the quick-service business. To say the least, the everyday discount snagged consumers’ attention. Competitors consoled themselves by thinking the chain had hit some sort of natural boundary, the fast food equivalent of the sound barrier. How can you make any money at that price? Going any lower was messing with the fundamental nature of the universe.

Welcome to the Twilight Zone, because $4 sandwiches have become a standard offer of the sandwich mega-chain. The deals are touted in television ads, and can’t be missed on the Subway website.

But Jared’s favorite lunch option isn’t alone in dropping to a price level that seems to defy the law of restaurant physics. Steak ‘n Shake, a full-service chain, is touting a line of $4 meals for lunch and dinner. We’re not talking about a lettuce leaf and some oyster crackers. The $4 menu includes a double cheeseburger with fries and a chicken fingers platter, served on a dish, not in a disposable container.

The offer has been assailed by some franchisees, who argue that they can’t make a profit on a $4 platter. Steak ‘n Shake has indicated that it won’t tolerate that sort of insurrection. In a highly publicized spy vs. spy struggle, the franchisor disconnected a dissident franchisee’s POS pipeline to the system and sent in mystery shoppers to see if the $4 deal was available.  The franchisee reportedly retaliated by sending mystery shoppers to see if company-run units were offering the bargain-basement price.

Like genetic engineering or splitting the atom, challenging the natural laws of pricing has stoked considerable controversy in the restaurant business.

Not a peep has been sounded about the crossing of another long-heeded line. There are two types of fast-food places that stay open late: Ones that acknowledge a considerable percentage of stoners among their clientele, and unabashed liars.

It was refreshing to see Jack in the Box reach out to consumers who believe in a better life through chemistry. Ads for the chain’s new Munchie Meal Menu is the funniest thing this side of a Saturday Night Live skit. There’s a nod and a wink to the ads, which feature characters reminiscent of Jeff Spicoli, the Sean Penn character in Fast Times at Ridgemont High who obviously self-medicated to prevent symptoms of glaucoma.

What’s the harm in acknowledging that some customers have indulged in an appetite stimulator?

It’s another line that should and has been crossed.