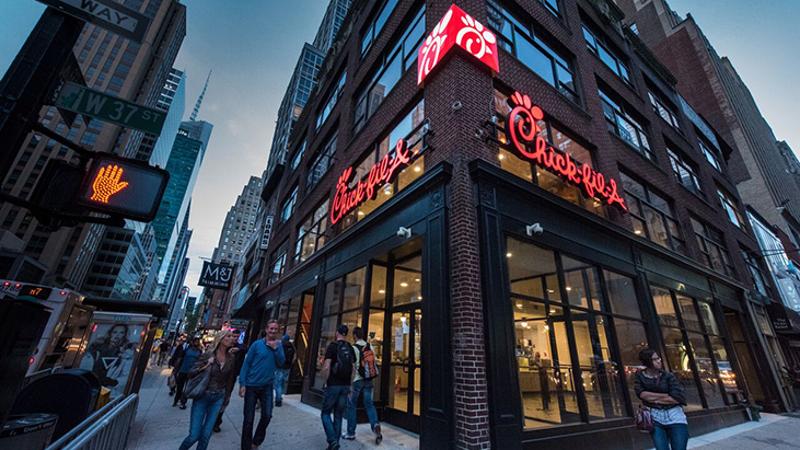 Chick-fil-A will open its first full-scale location in New York City Saturday, blending the blurring pace of that city with a chain known for taking its time with customers.

The Manhattan restaurant, Chick-fil-A’s largest at 5,000 square feet, is tailored to meet the “busy lifestyle” of New York customers, the chain said. With raising throughput a primary focus, employees at the in-line restaurant will adopt a service process previously seen in a number of Chick-fil-A drive-thrus: iPad ordering.

Employees will take waiting customers’ orders via the devices, ensuring orders are ready by the time customers reach the counter, Chick-fil-A said.

Chick-fil-A has been pushing into urban markets in recent years, growing its presence in cities like Chicago, but New York City was a final frontier of sorts for the 1,900-unit chain, which has a large concentration in the South. Its full entry into the New York metro area was long awaited by those who swear by the chain’s chicken sandwiches, as well as its customer-focused service model. (Chick-fil-A has had a food-court location on New York University’s campus since 2004.)

The New York City outpost is the first of several full-scale units planned for the city and its surrounding metro area, Chick-fil-A said. A second Manhattan store is slated to open in early 2016.