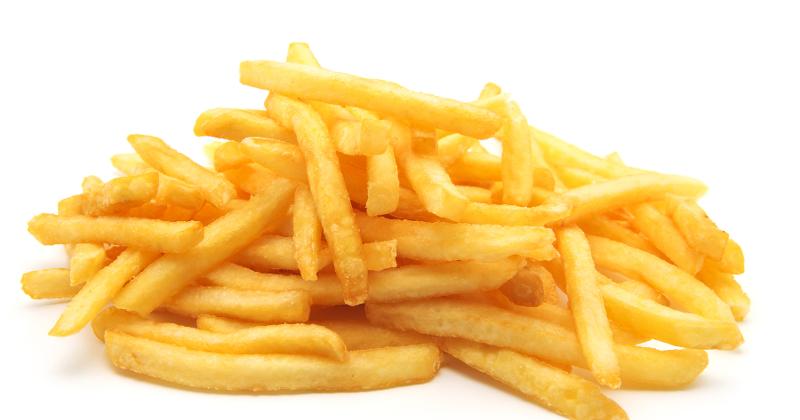 Fries are more than burgers’ sidekick. During the pandemic, they were one of the comfort foods consumers craved and ordered the most, according to data from GrubHub.

To find out just how much Americans love their fries, Restaurant Business’ sister company, Technomic, polled consumers to name their favorites. A similar survey was conducted by Technomic’s Consumer Brand Metrics team back in 2017. Many of the same chains rose to the top in 2021, perhaps an indication that french fry fans are very loyal. But there were a couple of surprising omissions.

To find out where consumers go when they have a hankering for fries—and the reasons for their choice—read on. The chains are ranked from tenth to first in order of the percentage of recent customers who said the fries are craveable and unique.

Although fans rave about Chick-fil-A’s waffle fries, the chain came in last in the Top 10, with 18.9% of consumers singling it out. But several mention those “yummy waffle fries” as being “so good,” while others praise the accompanying dipping sauces and the fact that the potatoes taste homemade. In 2017, Chick-fil-A came in sixth, and is still the only chicken chain to make the ranking.

Burger chain Fuddracker’s was the pick of 19.9% of respondents. Fry fans like the thicker wedge cut of these potatoes and the assortment of cheesy toppings. Those surveyed note several toppings that are particularly “craveable” and “delicious”—the chile cheese, nacho cheese and hot cheese. Fuddrucker’s moved up a notch from 2017, when it ranked tenth.

Shake Shack didn’t even make the Top 10 list in 2017, but this year, it landed in eighth place. The fast-casual burger chain was the choice of 22.5% of consumers, many of whom cited the “crinkle cut” of the fries and the special cheese sauce. One respondent said “these french fries are the best I’ve ever had,” while another appreciated that they “were good and not greasy.”

Just edging out Shake Shack was Freddy’s Frozen Custard and Steakburger, earning spot No. 7 with 22.6% of consumers. The sauce and seasoning are what makes these potatoes stand out, according to some comments. One respondent noted “their fries and fry sauce are what I crave and can only be satisfied here.” Customers often opt to dip the “skinny, crunchy fries” in the sauce instead of ketchup—a differentiator for many. One consumer went further to say “their french fries are so good, they’re almost addicting.” Freddy’s didn’t even make the cut in 2017.

Variety is what sets Red Robin’s fries apart in the opinion of 24.8% of consumers. Guests can get the chain’s distinctive thick-cut steak fries, either naked or with seasonings such as garlic-Parmesan and other flavors, as well as sweet potato fries. These choices, along with Red Robin’s signature “bottomless fries”—an all-you-can-eat feature with each order of a gourmet burger—earned the casual-dining chain sixth place. Red Robin moved up from its ninth-place ranking In 2017.

Smashburger came in fifth, with 25.7% of respondents giving the chain’s fries high marks. Especially craveable are the burger concept’s signature smash fries, flavored with rosemary, garlic and oil—an item consumers can’t get anywhere else. The sweet potato fries are also a differentiator with those surveyed. Smashburger earned the No. 4 spot in 2017, so it pretty much maintained its status among fry fans.

An even 26% of consumers craved the loaded fries at Charley’s Philly Steaks. These are almost a meal in themselves; the potatoes are topped with cheese, bacon and ranch dressing. “They have the best loaded fries of any fast food place I know,” said one respondent, with another claiming “the cheese and bacon fries are a flavor combination that I crave regularly.” Back in 2017, Charley’s was in fifth place, and this year, the chain was still neck-in-neck with Smashburger—the two just swapped spots in the ranking.

In-and-Out retained its No. 3 ranking from 2017, chosen as having craveable fries by 35% of consumers. Respondents pointed to the QSR’s fresh—never frozen— hand-cut french fries as a deciding factor, with a number finding the animal-style fries the most craveworthy. These potatoes come with chopped peppers and onions and a special sauce, leading one consumer to say “the animal-style fries are delicious and original.”

The same three chains that earned the top three spots in 2017 kept their titles this year—in the same order. Five Guys had a clear lead at No. 2, with 47.4% of respondents craving their twice-cooked fries. Each location makes the fries fresh to order, and large bags of Idaho potatoes are visible in the dining area to underscore this point. One customer said “sometimes I go there just for the fries; they have a very unique flavor.” Another exclaimed “Their fries are some of the best!”

Checkers/Rally’s fries still top the list as favorites, with 51% of consumers calling these potatoes the most craveable. The “famous seasoning” makes them the winner for most respondents, with descriptions such as “awesome,” “one-of-a-kind” and “best around.” The chain uses a signature secret seasoning to make the fries craveable, but for those wanting even more flavor, they can be ordered topped with cheese, chili, ranch dressing and/or bacon.

Notably missing from this ranking is McDonald’s, which came in seventh in 2017. And Arby's curly fries, No. 9 previously, were also left off the list.