Diners are more fickle than ever. With steep competition in today’s market, getting customers in the door—and keeping them coming back—means understanding what they value and delivering on those needs. Our third annual ranking of consumers’ favorite chains, compiled with exclusive data from market researcher Technomic (owned by Restaurant Business’ parent company, Winsight) reveals which brands are doing it right. Sales figures don’t necessarily translate to fondness in consumers’ minds, which is why you won’t see McDonald’s, Subway or Starbucks on the list. When it comes to capturing guests’ hearts, smaller and regional players may hold the secret. “Consumers are rewarding chains hitting on today’s big trends. Operations prioritizing health, food quality and overall convenience are earning the highest marks,” says Darren Tristano, president of Technomic.

Everyone from David Chang to Danny Meyer is trying to get in on Chick-fil-A’s game, rolling out their own versions of the lauded-after fried-chicken sandwich with pickles. It’s obvious why: Consumers love it. Chick-fil-A jumped four spots in the ranking this year, usurping two-time winner Papa Murphy’s Take ‘N’ Bake Pizza as consumers’ favorite chain.

It’s not just the chicken sandwiches and waffle fries earning high marks with guests; Chick-fil-A is the only chain on this year’s list to score above 75 percent for service and hospitality, showing that consumers do care about the experience—even at the quick-service level. CEO Dan Cathy pledged in 2014 that the chain would focus on service instead of continuing to profess its politically charged views—and it’s paying off in terms of customer response.

Chick-fil-A’s formula goes beyond hospitality. There are four pillars that Chick-fil-A’s guests value, says Jon Bridges, the chain’s SVP and chief marketing officer: “Speed, accuracy, great-tasting food and a cared-for service experience.” These core values remain at the forefront of its efforts to improve on customer engagement moving forward.

Chick-fil-A isn’t alone in its soaring service scores; customers ranked hospitality high for all of the Top 5 chains. Another mainstay in the messaging of this year’s overall leaders: quality. Each emphasizes freshness and the premium ingredients in its signature items, whether it’s a sandwich from a fast casual, a bake-at-home pizza or a sit-down dinner.

Technomic’s Consumer Brand Metrics program is an ongoing study that tracks the performance of leading chains by measuring the consumer experience. This report includes the top 100 restaurant chains in the U.S. in terms of sales, plus additional chains to round out categories or capture regional data. The data represents responses from nearly 100,000 consumers, collected between Oct. 1, 2014 and Sept. 30, 2015. Scores represent the percentage of respondents who strongly agree with the statements, ranked on a scale of 1 to 5.

Quality resonates with consumers, even in quick service. Their four favorite QSRs fit in the niche between traditional fast food and pricier fast casual, a segment that Technomic calls “QSR-plus.” At these chains, operators are stressing better ambiance and good value. Food is touted as being higher quality and more wholesome than at chains such as McDonald’s or Taco Bell, but at a price point below the double-digit average of the fast-casual market.

Sticking to its Southern-hospitality roots doesn’t mean Chick-fil-A isn’t willing to adapt, especially as it grows. When it opened its first full-scale New York City unit last October, for example, the chain, known for taking its time with guests, modified service—placing orders via iPads—to accommodate busy customers. It’s also exploring which menu trends appeal to its diners. It tested a spicy Sriracha sauce, superfood salad with kale and a barbecue sandwich last year. Up next: new mobile-app technology and nutritious options on both the regular and kids’ meal menus, says SVP and CMO Jon Bridges.

It was a big year for the perennial favorite take-and-bake pizza chain, which hit 1,500 units and divested its stake in fast-casual Project Pie. Many of Papa Murphy’s consumer-driven developments centered on tech, including the debut of a nutrition tracker on its website and a new  mobile-ordering app, launched in December.

As usual, In-N-Out hasn’t changed much in the last year, yet its cultlike status remains intact. While many chains try to stay up on the latest trends, In-N-Out keeps its menu the same. It’s relatively quiet on social media, though it did go against the tide of partnering with delivery services, suing a third party for using its logo and delivering its food without permission.

Under the direction of the first non-family-member CEO, the QSR known for Butter Burgers continues to expand outside of its Midwestern roots. It’s also using LTOs to channel current trends—particularly the spicy craze popular among younger consumers—with ingredients such as four-pepper mayo, jalapenos and local Wisconsin pepper-Jack cheese.

While the fro-yo trend may have hit market saturation, Pinkberry (which was acquired by Kahala Brands in December) managed to keep its tart frozen yogurt popular with consumers. It’s stayed fresh by adding new flavors—including its first dairy-free option—rolling out a happy-hour deal this summer and testing delivery with third-party vendor Postmates.

Fast casual reigns as the darling of the restaurant industry, with much attention focused on build-your-own concepts such as Chipotle or Blaze Pizza. While customization is expected to grow 22.3 percent according to Technomic, non-DIY fast casuals still are scoring well with consumers. In fact, four of consumers’ five favorite fast-casual chains have traditional menus. It’s the quality message that wins over guests, especially when it comes to sandwiches. Firehouse and others are growing while Subway is losing ground, falling from second place to third among all chains, as a measure of sales, for the first time this past year.

Firehouse has stayed near the front of many industry trends, says CEO Don Fox. In addition to focusing on quality ingredients and adding an array of cold deli-style sandwiches to its lineup of hot options, it put calorie counts on menus well in advance of the federal mandate. To further ease the customer experience, Firehouse launched a mobile app in August that includes ordering and payment, an in-app game and loyalty rewards. Beacons, too, are in test to help the brand learn more about its customers. Going forward, says Fox, “We think we have the ability to make Firehouse Subs an even more convenient choice.”

As consumer demand for off-premise dining surges on, McAlister’s parent, Focus Brands, plans to keep its concepts in lockstep. Focus now is testing delivery via Postmates in select markets, with the goal of uniting all its brands under one delivery house in all high-density markets by early 2016.

The hot-and-cold sandwich chain spent the year expanding—both in terms of menu offerings and unit count—with openings in Utah and New Mexico, bringing the chain’s reach to 41 states.

With a price point on the lower end of the fast-casual scale, this fast-growing newcomer to the list differentiates itself with charbroiled (vs. flat-top) burgers—which feed its social media pages with a stream of food porn—and made-to-order salads that win over the health-conscious crowd.

Modernization, even for old-school legacy brands, is important to customers. So that’s what execs at the leading chains are focused on—upgrading their concepts to appeal to today’s tech- and social media-loving diners. Notably, IHOP fell off the list of favorite midscale chains this year, despite seeing its largest sales growth in a decade this July. It’s also started making some brand changes, redesigning its logo and updating its menu.

While it may resemble an old country store, Cracker Barrel is making moves to modernize its operation. It consciously is shifting advertising to where consumers are—more national TV spots, social media, online videos and paid searches instead of relying so heavily on roadside billboards. More technology also is in play, though not all of it—such as software to help manage the waitlist—is consumer facing. The chain launched its Cracker Barrel Gaming app, which CEO Sandra Cochran said in an earnings call in September exceeded an industry average for per-download usage. Going into next year, a fast-casual spinoff concept is a top priority, with specifics to come in the near future.

Jumping two spots in this year’s ranking, Shoney’s is attempting to return to its “glory days,” the company announced when it introduced new execs in 2015, brought on to aid in the brand’s revamp. Focusing on both operations and culinary, the chain has turned to deals and LTOs throughout the year to get more guests in the door. 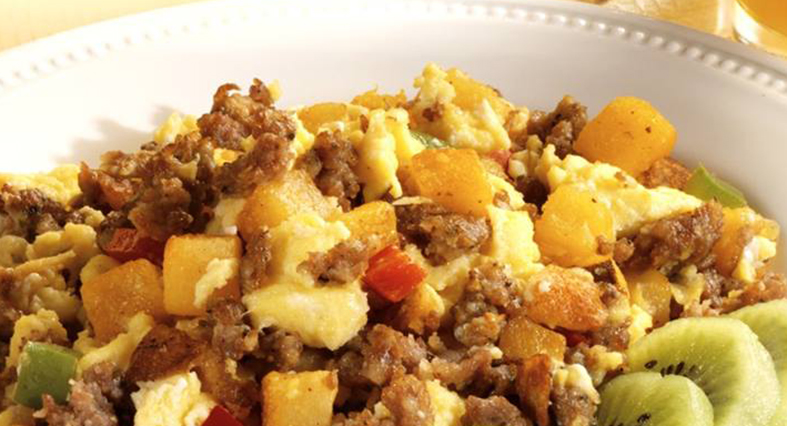 Catering to consumers’ desires, Bob Evans upgraded its all-day breakfast menu, including a switch to shell-cracked eggs and butter instead of margarine. To compete with casual dining, it’s testing a tablet-based POS system with loyalty and pay-at-the-table capabilities. At the same time, it plans to close underperforming units and sell off real estate.

The newcomer is active on social media, touting seasonal items and photos of its two staples—pie and all-day breakfast. It recently took to Facebook to promote its loyalty club, offering discounts for those who join, and to share a peek of its selection committee at work on a March Menu Madness contest.

Once one of the industry’s largest chains, Big Boy has struggled to maintain its foothold. It’s hoping to bounce back through the efforts of a key franchisee, Frisch’s. The franchisee was acquired in August by a private-equity firm that plans a face-lift to win over millennials, adding more shareables on the menu and smaller-footprint units, especially near college campuses.

It’s noteworthy that all five casual-dining chains favored by consumers are owned by large multiple-concept operators: Darden, Brinker International and Bloomin’ Brands. And it’s not the companies’ giants—Olive Garden, Chili’s and Outback Steakhouse, respectively—that are winning guests’ hearts. Instead, it’s the chains with focused menus that have a clear identity, be it fresh and healthy, high-end seafood or rustic Italian.

With a new CEO at the helm, the health-focused polished casual is sticking to its formula and continues to perform well in terms of guest satisfaction. The Seasons 52 menu hits on a number of today’s consumer trends: a lineup that changes quarterly and nothing on the menu is more than 600 calories, making it convenient for those who want to eat better. Its list of 52 wines by the glass also changes regularly and, at as low as $7.50 a glass, offers a more affordable price point for imbibers.

Despite many operators moving away from discounting, Carrabba’s still offers markdowns. In 2015, the chain turned to digital and social coupons. Facebook likes more than double when it posts a coupon. Traffic, though, remains a battle, as seen by declines in the last quarter.

Maggiano’s rolled out its Lighter Take menu in September, cutting calories on traditional Italian dishes by a third. In the first few weeks, 18 percent of diners ordered the healthier meals, so the chain is hoping to grow traffic once awareness of its lighter dishes spreads.

The Darden concept is enjoying the growing popularity of tropical, tiki-style drinks as well as a greater desire for regionally specific food, such as Caribbean. To play up those themes, the chain posts pictures with island-inspired backdrops to social media, many of which get hundreds of likes on Facebook.

While ratings are high, traffic is down, so Bloomin’ Brands brought in new execs to begin a brand revamp that included a remodel of its flagship unit in St. Petersburg, Fla. Blaming part of that fall on a move to take the menu more upscale, it tested bar bites in early 2015. The menu in its entirety didn’t last, but some of the small plates still are available.