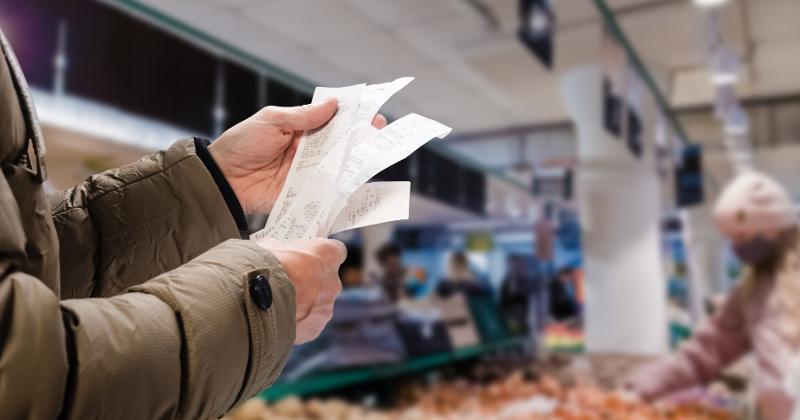 Yelp searches for cheaper grocery stores and restaurants are on the rise. / Photograph: Shutterstock

Americans are increasingly noticing higher prices for groceries and restaurants and are reacting by trading down.

That’s according to a new study by Yelp that analyzed user searches and reviews in the third quarter and found that more people were searching for affordable food and restaurant options as their angst over prices grew.

Year-over-year inflation actually eased slightly in the quarter after peaking at 9.1% in June, according to the U.S. Bureau of Labor Statistics, and gas prices came down. But September’s 8.2% inflation was higher than expected, and Yelp users’ price complaints grew louder during the period.

Instances of “inflationary language” in reviews rose 4% compared to the previous quarter and 22% year over year. The biggest wallop came from food businesses and restaurants: Mentions of inflation in reviews of those businesses rose 7% and 5% quarter over quarter, respectively. 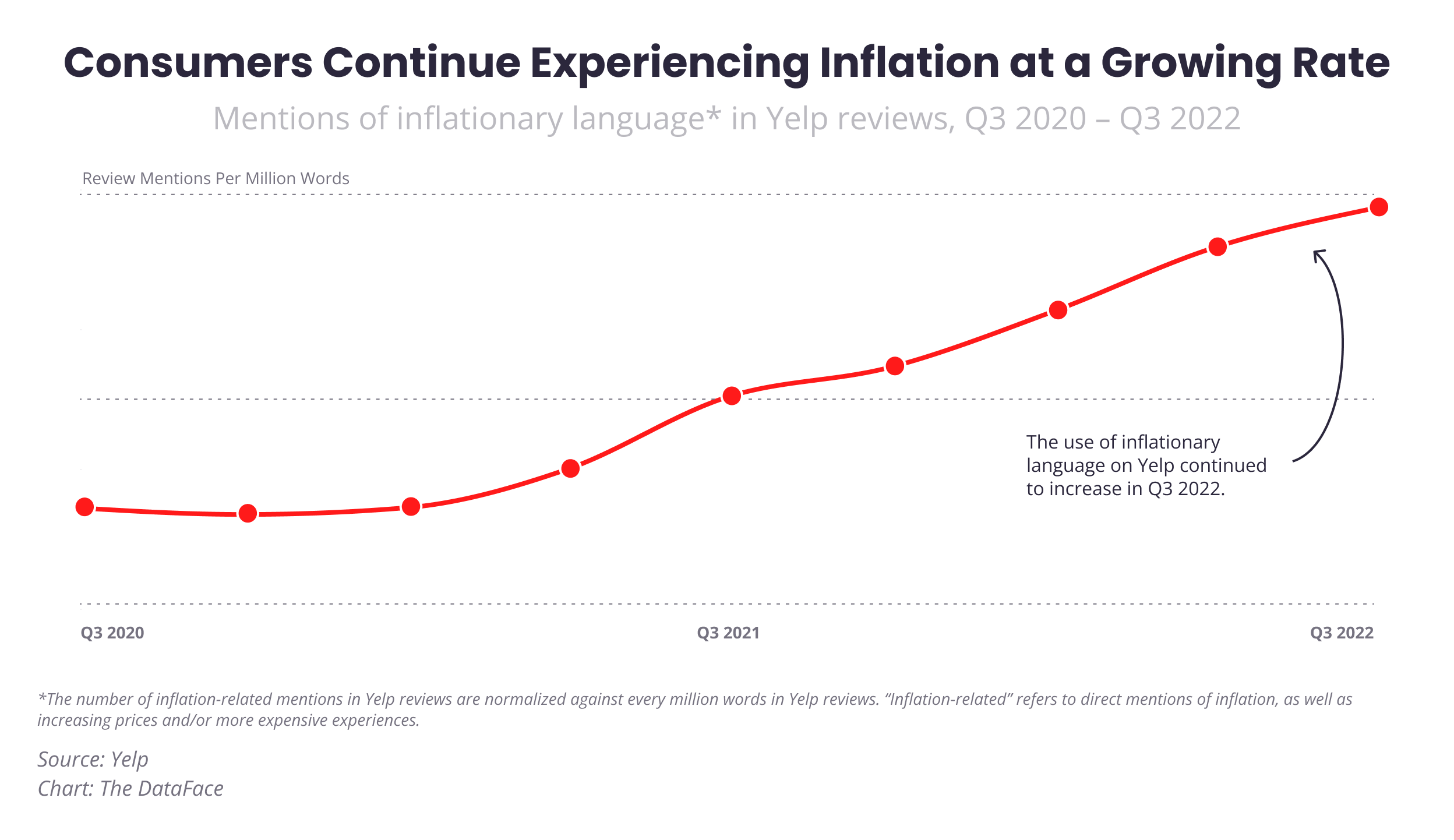 Food businesses include grocery stores, which have raised prices at a much faster rate than restaurants. In September, for instance, food-at-home prices rose 13% year over year, while food-away-from home rose 8.5%, according to the BLS.

Even so, customers may be overestimating how much prices have risen. A recent survey by Technomic found that diners believed restaurant prices had gone up 22% over the past six months when the actual increase was only about 8%.

Of course, what customers think only matters to the extent that it affects what they do, and they are continuing to vote with their feet.

On Yelp, users frantically sought out budget grocery options in the third quarter, with searches for affordable groceries rising a whopping 67% compared to the quarter before, per Yelp. 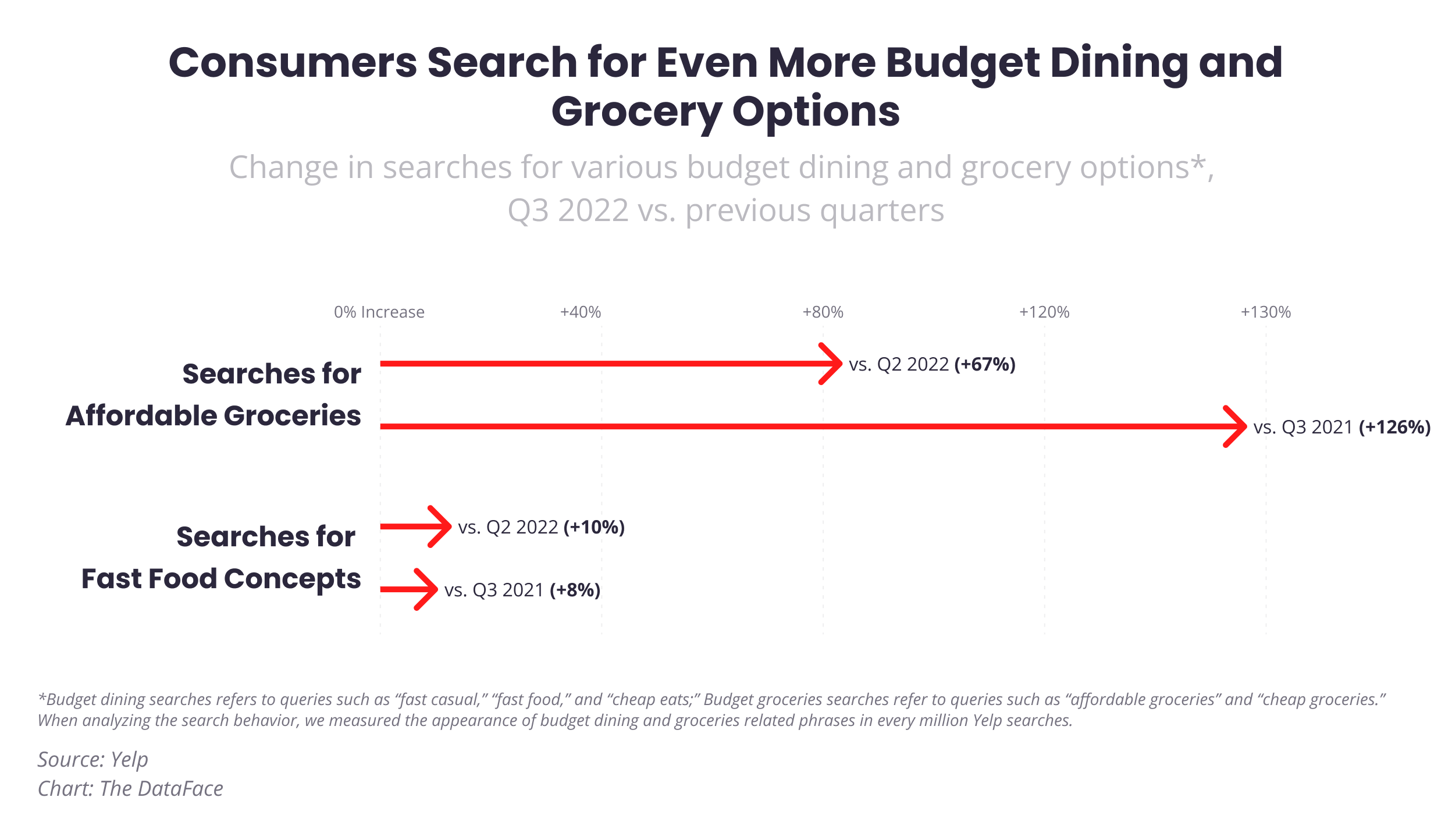 That tracks with a recent report from Placer.ai that found customers flocked to McDonald’s over the summer. Foot traffic to the burger giant rose 4.7% year over year in July and 3.1% in August.

Across restaurants as a whole, traffic fell 7.6% in July and 13.7% in August, according to Placer.ai.

The news likely comes as no surprise to restaurants, which have been working to dial in prices that will boost traffic without hurting margins. There’s been a rise in value offers, for instance, although they haven’t been as extreme as in past downturns.