Restaurant customers are ordering more soup, according to Technomic's Left Side of the Menu: Soup & Salad Consumer Trend Report. By the cup or bowl, as a side or entree, 61% of consumers now order soup at least occasionally during restaurant visits, up from 52% just two years ago. 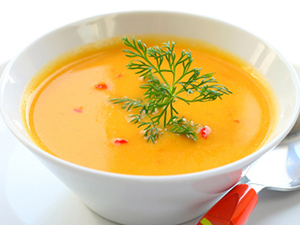 "Healthy options and portion variety are driving factors in today's soup and salad menu positioning, says Technomic Director of Consumer Research, Sara Monnette. "Operators are revamping their menus in response to consumer demand for soup and salad as a standalone entree, side substitution, an appetizer or a component of a combo meal."