From landmarks like the Grand Central Oyster Bar in New York City offering a traditional Christmas Eve seafood feast, to QSRs like Burger King’s promotion of gingerbread sundaes and shakes, operations of all stripes are developing special menus for the holiday season. 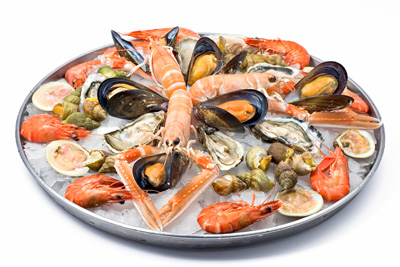 For upscale and full-service restaurants in highly competitive markets, plating up holiday fare is practically a necessity, says Elissa Elan, writing for the National Restaurant Association. Many chefs feature local produce and proteins to lure in customers, including pumpkins, pears, and various wild mushrooms, while others revamp meat, poultry or fish with prized ingredients, such as truffles, foie gras and oysters, she notes. Also popular during the holiday season are menu items that incorporate chestnuts, lentils, potatoes, cabbage and preserved fruits.

Hearty dishes, like osso buco, beef stew, short ribs, and braised oxtails are favorites during the season, as are rich desserts such as a chocolate bread pudding with caramel sauce. “Depending on your concept, it may make sense to offer special, holiday, prix fixe menus with optional wine or boutique beer pairings,” says Elan. “Those menus can feature special items, such as lobster tail appetizers, Chateaubriand for two entrées, individual Grand Marnier soufflés and flaming coffee drinks prepared tableside, that customers would consider a splurge.”