Chain-restaurant operators in New England felt more than just the usual aches and pains from shoveling snow and bailing out their basements last month. The area’s freakish weather also walloped business, contributing to a 4.4 percent year-over-year decline in sales and a 5.9 percent drop in traffic for restaurants open at least a year, according to researcher Black Box Intelligence. 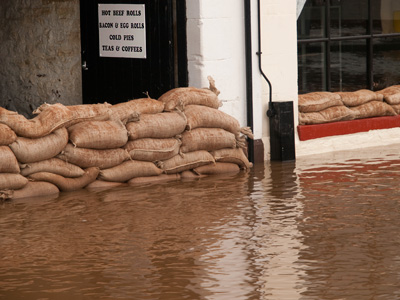 Maybe their customers fled for the sunshine of Florida, where chain restaurants enjoyed a mean comparable-sales gain of 2.42 percent on a traffic rise of 1.35 percent, the best results in October of the 89 regions Black Box measures, according to CEO Wally Doolin.

The sales increase was fueled by rises in spending on both food and alcoholic beverages, Black Box indicated.

One of the indices it released yesterday, the Restaurant Willingness to Spend Index, from Consumer Edge Research, showed an increase for the first time since June. The data indicate that consumers were more willing to spend at all three price levels of the business—quick-serve, casual dining and fine-dining—than they were in September, Black Box noted.