Spain's most famous and globally influential three-star Michelin restaurant, El Bulli, is traditionally open to the public only six months of the year. For the remaining six, dubbed "the summer experiments," Chef Ferran Adriá has worked with his closest team to create an entirely new menu. This passionate process, one which starts from scratch and abandons everything that was done before, is what Director Gereon Wetzel painstakingly details in his documentary, El Bulli: Cooking in Progress. 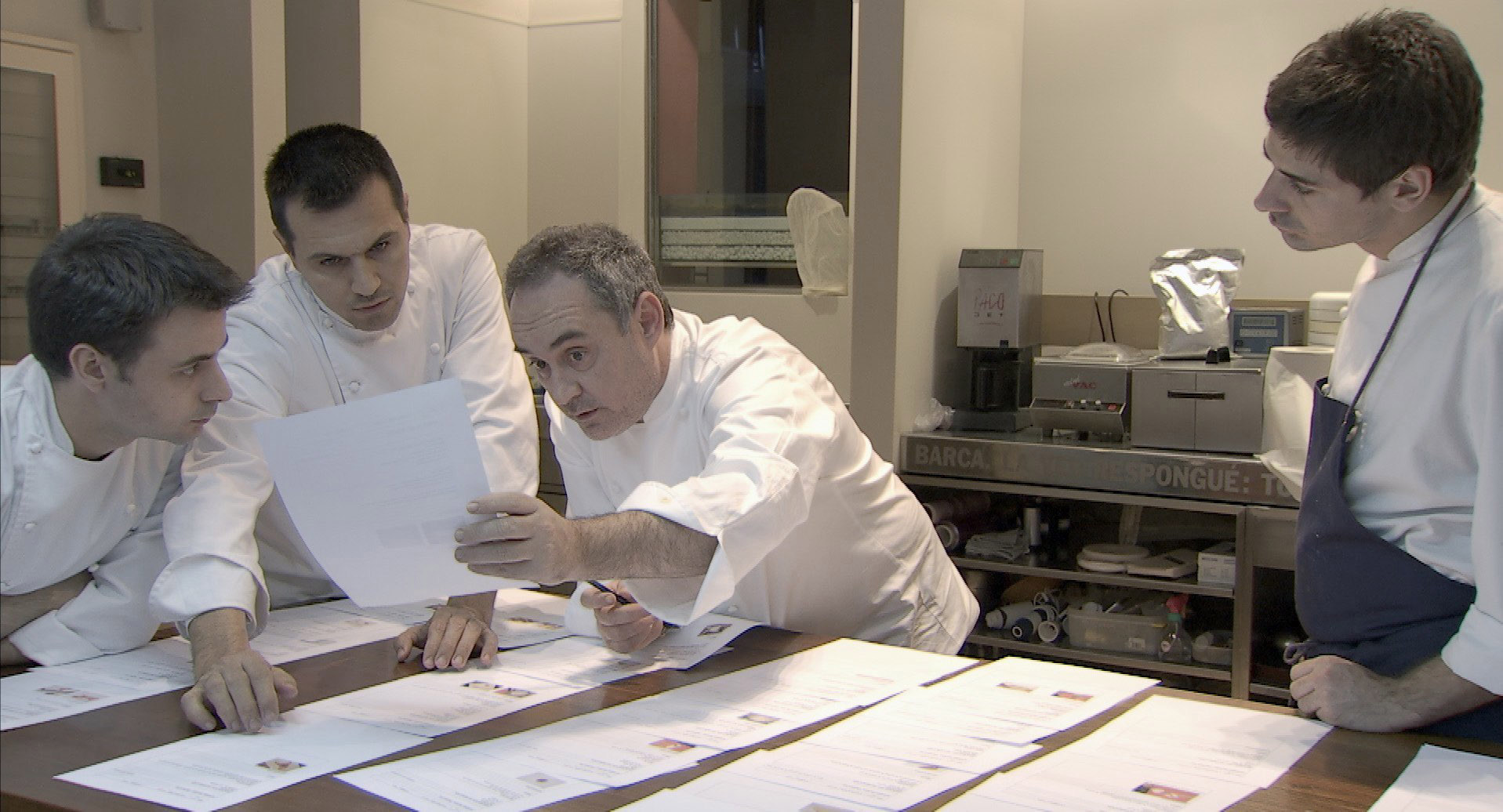 "Going to eat in an avant garde restaurant gives you something like creative emotion,” says Adriá. But scoring a reservation at El Bulli has always been near impossible—only the most persistent (and lucky) nab one of the 50 seats per night. And now that the restaurant is closing to operate as a culinary research foundation, there will be no seats at the table at least until 2014. In the meantime, the rest of us can experience vicariously what it's like to dine on 35 courses in three hours, prepared by a modern culinary genius. The creative emotion Adriá describes inspires even in a movie theater.

A preview of El Bulli: Cooking in Progress was shown in New York City at the beginning of June, but it officially opens on July 27 at the Film Forum in Manhattan's Soho neighborhood.