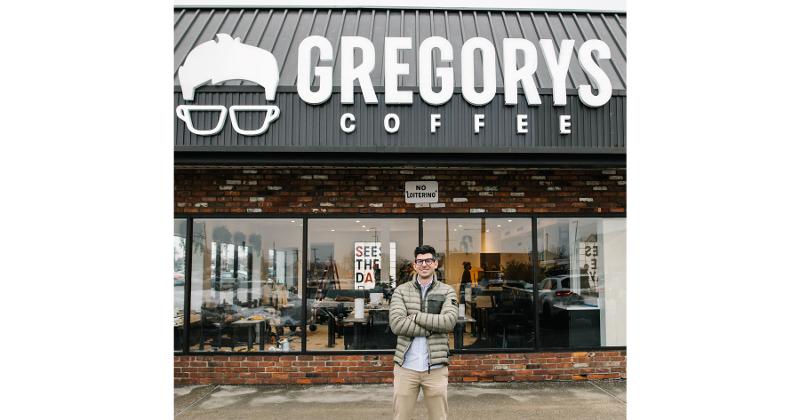 After deciding a career in law was not for him, Gregory Zamfotis started Gregorys Coffee in 2006 in Manhattan.

Growing up, his father owned a number of food and beverage businesses, which inspired the younger Zamfotis to try to carve out a niche between giants like Starbucks and boutique, neighborhood coffeeshops.

Since then, Gregorys Coffee has grown to about 30 locations around New York, New Jersey and Washington D.C. The chain roasts its own beans and makes the bulk of its food offerings at a central commissary.

Though the chains central business district locations have been hard hit by the pandemic, Zamfotis said that having had mobile payment and app-based ordering capabilities for many years was a definite boost.

Here are five more things to know about Gregorys Coffee: