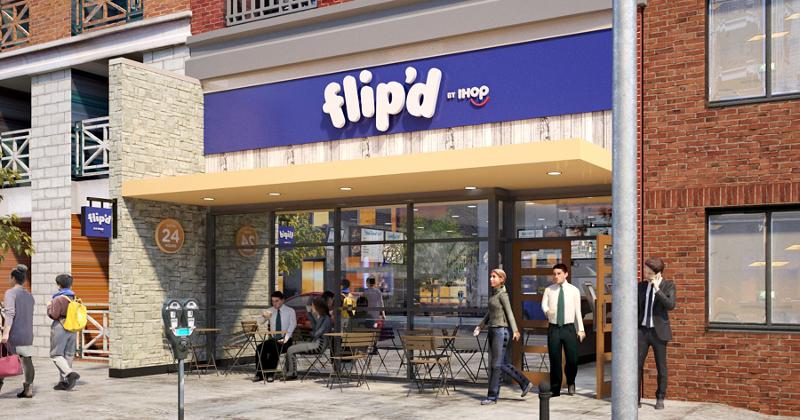 A number of legacy restaurant brands announced plans to launch or expand spinoff concepts in 2020. Some are full-service brands plotting fast-casual offshoots, others are companies simply looking for ways to broaden their customer base with new concepts. Here are some of these restaurants to watch in the new year.

The first Flip’d, a new urban-focused fast-casual brand from family-dining chain IHOP, is slated to open in Atlanta in April. The concept, roughly half the size of an IHOP, will feature portable menu options such as a Build Your Own Pancake Bar, burritos, lunch and dinner bowls, and ready-to-eat salads. Ordering will be available via kiosks and apps. Flip’d will have a heavy catering focus, a display kitchen and a second production line for off-premise orders.

In early 2018, Famous Dave’s of America (which is now called BBQ Holdings) hired award-winning pitmaster Travis Clark to lead culinary and menu innovation for the chain. Clark is now collaborating with the company on a new concept, Clark Crew BBQ, which opened its first unit in December. The new restaurant, which opened in Oklahoma City, promises “competition-quality BBQ in a laid-back, social atmosphere.” Famous Dave’s is also testing a fast-casual concept, Real Famous BBQ, in Provo, Utah, along with ghost kitchens for delivery.

Texas Roadhouse, which runs its namesake full-service concept as well as Bubba’s 33, said it intends to expand its fast-casual sandwich chain, Jaggers, from two units to four in 2020. Jaggers began in 2015 with two stores in Indianapolis. It specializes in chicken sandwiches and burgers.

Fast-growing breakfast chain First Watch opened its first fast-casual concept last January in Nashville. The concept features longer hours than First Watch and a menu that includes items unique to the chain. A First Watch representative declined to comment on what, if any, expansion plans are in the works for Sun & Fork.

The team behind Walk-On’s Bistreaux & Bar (now known as Walk-On’s Sports Bistreaux) opened Smalls Sliders in September near the Louisiana State University campus in Baton Rouge, La. The restaurant, built out of repurposed shipping containers, has a drive-thru and walk-up window from which it serves cooked-to-order sliders. Walk-On’s, which sold its catering business in 2017 to fund the chain’s expansion, offers boxes of 50 to 100 Smalls Sliders for catering orders.

Originally intended for overseas markets, fast-casual concept Aussie Grill by Outback made some U.S. inroads last year. The concept, which now has two units in the States as test sites for international stores, offers a menu focused on handhelds, grilled meats and a pared-down version of the parent chain’s popular Bloomin’ Onion appetizer.

The first Hoots, a fast-casual spinoff of Hooters, opened in 2017 outside Chicago. The breastaurant chain added two more units in 2019, with another planned for 2020. Unlike at Hooters, Hoots employees don’t wear skimpy T-shirts and shorts, opting instead for polo shirts and pants. Hoots’ slimmed-down menu centers on wings and chicken sandwiches.

Nashville-based multiconcept operator J. Alexander’s Holdings opened its first Merus Grill, a polished-casual concept, in Houston in November. The 7,900-square-foot prototype has seating for 200 with a high-end menu of steaks, seafood and a full-service bar.