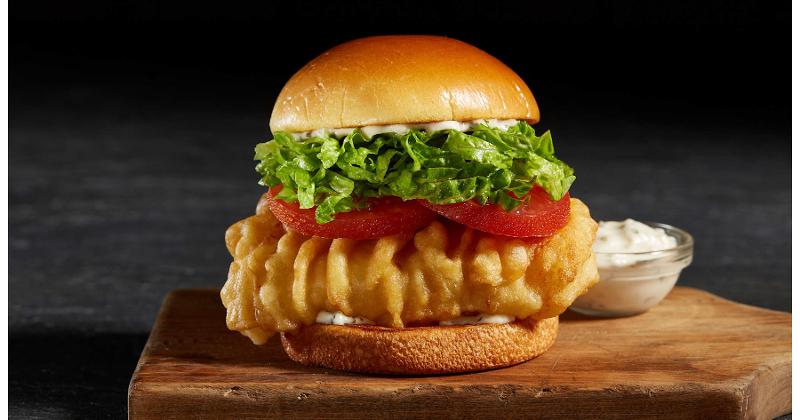 A once-popular seafood chain is getting a second life as a virtual brand.

Nathan's Famous is resuscitating Arthur Treacher's, the fish and chips concept named after the English actor, as a delivery-only franchise. Founded in 1969, Treacher's stood at more than 800 locations at its peak, but as of 2018, only seven remained.

Its virtual comeback is just the latest development in the unlikely partnership between the all-American hot dog chain and the Brit-inspired fish joint. As recently as 2018, some Nathan's locations were co-branded as Treacher's, though it was unclear whether that is still the case.

Nathan's has refreshed the brand with a new look and menu featuring more contemporary builds and an emphasis on shrimp. Options include a fish sandwich, a fish and chips platter, shrimp and chips and shrimp bacon cheese fries. The menu will also offer Nathan's hot dogs and chicken sandwiches.

"Nathan’s Famous and Arthur Treacher’s have a long-standing relationship and we have worked diligently to keep the brand’s traditional menu items while also evolving the menu to fit the Nathan’s mantra of 'Craveable, Memorable and Instagrammable,'" said James Walker, Nathan's SVP, Restaurants, in a statement.

The New York-based chain has been aggressively growing its virtual footprint over the past year. Its namesake brand now stretches to more than 100 virtual locations, with 100 more in the works via a partnership with Ghost Kitchen Brands. In November, Nathan's launched a virtual chicken wing brand called Wings of New York. And now operators have the opportunity to bring the refreshed Arthur Treacher's into their kitchens as well.

The low-risk nature of virtual brands makes them a good way to test out a new idea—or ease an old one back from the dead. During the pandemic, Lettuce Entertain You Enterprise dusted off some of its former concepts as virtual ones, for instance.