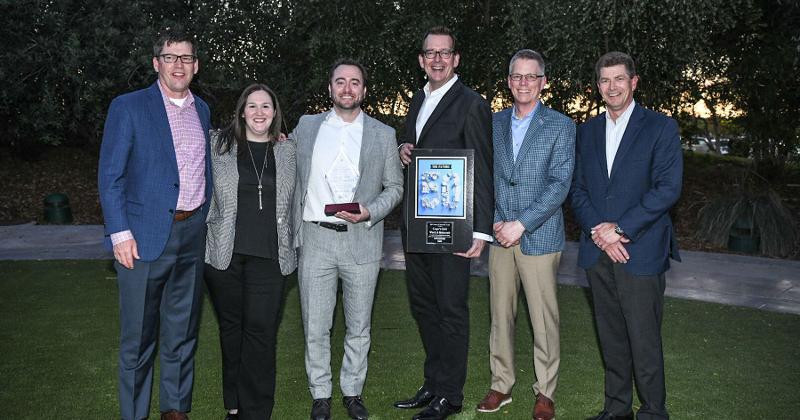 Sustained growth and continued innovation have earned Cooper’s Hawk Winery & Restaurants the 2019 Pacesetter Award, an honor given by Restaurant Business to an emerging restaurant chain that’s proven itself to be a smart, strong leader that’s influencing the restaurant industry.

“What makes us a Pacesetter is we focus on the right things,” said Cooper’s Hawk CEO Tim McEnery, who accepted the award Tuesday in Phoenix at the Restaurant Leadership Conference, an annual gathering of restaurant executives. The Pacesetter Award presentation was sponsored by Hormel. “At the end of the day … what moves the needle is authenticity and great food and hospitality,” McEnery said.

The annual Pacesetter Award is given to a brand previously ranked on Restaurant Business’Future 50. an annual data-driven report of the emerging chains to watch. Contenders for the award have since graduated from the Future 50, increasing annual sales above the $50 million sales threshold.

And it’s not done growing. The chain plans to open six units this year and seven in 2020.

“Cooper’s Hawk has grown like a rocket ship,” McEnery said. “What we’ve done really well at Cooper’s Hawk is how do we take all of these wonderful people with us? We work as hard as possible to find a wonderful spot for people as we’re growing.”

Setting itself apart, the wine-centric brand is also focused on its 340,000 Wine Club members, increasing benefits to drive loyalty. Late last year, for example, the chain added a feature that lets its members pay with a signature—no credit card required. The company also provides members with newly released wines and holds on-site events.

Previous recipients of the Pacesetter Award include The Habit Burger Grill, MOD Pizza and Which Wich.