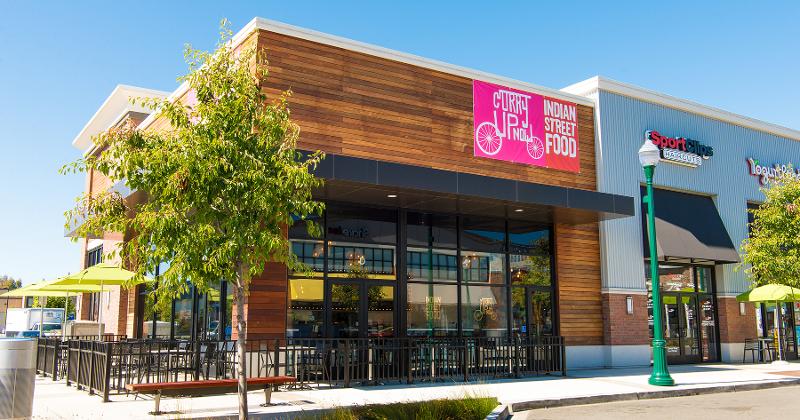 Photograph courtesy of Curry Up Now

Indian fast-casual concept Curry Up Now is firmly in growth mode after receiving an investment earlier this month from a venture-capital firm whose members include Hall of Fame quarterback Joe Montana.

“This year and the next, it’s all about scaling for us and doing it successfully,” Amir Hosseini, Curry Up Now’s co-founder and SVP of operations, told Restaurant Business. “It’s about the partnership, the value adds that the partner can bring for us. For Silicon Valley, to have venture capital first, to be interested and to believe in what we’re doing, that’s huge. We’re hoping that it’s just the start and we can show that the growth venture-capital money looks for, we’re able to scale.”

Hosseini declined to provide details about the investment from Liquid 2 Ventures, but said he’s particularly looking forward to the expertise the fund’s partners will bring to his growing brand.

“The value is that they’ve worked with a lot of organizations that are growing and have gone on to raise other large rounds,” he said. “A lot of that has to do with correct strategic planning. We think we’re going to get a lot of that from them. Ultimately, it’s about the bigger picture.”

Curry Up Now started as a food truck in 2009 before launching its first store in San Francisco in 2010. It currently has nine units, with three more slated to open in the next month. A number of franchise deals are in various stages of development.

In 2017, the chain received an investment from the Kitchen Fund.

The chain serves Indian-style mashups of items that may be more familiar to American consumers, such as a Biryani Burrito with rice, chutney, yogurt raita, chana masala and pico kachumber rolled in a tortilla, and an Indian-inspired poutine served over sweet potato fries.

Hosseini said the menu leans toward “cool items that relate to millennials.”

“For Indian food, it’s a very interesting style of food,” he said. “Most people are used to mom and pops, either home recipes or chef-based concepts. We’ve been able to remove the mom and pop out of it. We’re able to run this concept without an actual chef by having strong recipes that can essentially be the same in any location.”

Franchisees spend several weeks training at a corporate store, working on everything from knife cuts to protein cooking and portion measuring, he said.

“We feel like Indian food is the next big thing in the U.S.,” Hosseini said.