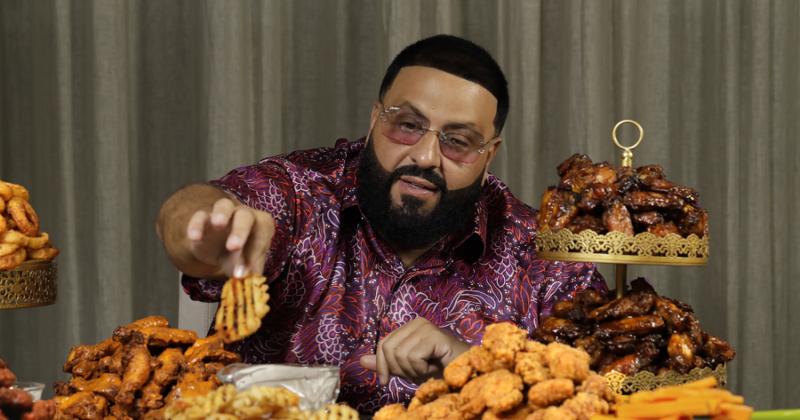 Photograph courtesy of Another Wing

Another virtual chicken wing brand has roosted in delivery apps—this one with a flashy celebrity backer and a built-in expansion network.

DJ Khaled's Another Wing launched Thursday in 165 locations spanning three continents, five countries and 18 states. The record producer known for songs like "I'm the One" developed the delivery-only concept in partnership with ghost kitchen operator Reef, which will feature the brand in some of its more than 300 kitchens worldwide.

The brand's name is a riff on "Another one!", one of Khaled's many catchphrases. Its menu plays off of other Khaled mantras with wing flavors like Un Un Un Believable Buffalo, You Loyal! Lemon Pepper and the signature They Don’t Want You To Win Truffalo, made with black truffles. Another Wing also offers fries, onion rings and cookies. Customers can order it from all of the major third-party delivery apps.

The massive overnight rollout illustrates the fast growth that is possible with companies like Reef. The Miami-based startup operates small, delivery-only kitchen vessels that are located mainly in parking lots in densely populated areas.

"By launching on three continents and 165 locations at the same time, Reef is sharing with the world how brands can use our platform to scale with unprecedented speed and minimal capital investment," said Alan Philips, the company's chief creative officer. Another Wing is the first restaurant to launch on three continents at once, the company said.

Reef works with all kinds of restaurants in its kitchens, from large chains like Wendy's to local and regional concepts and virtual brands. It has developed some virtual brands in-house, and Another Wing is by far the most high-profile of that bunch.

Reef plans to open thousands of locations over the next several years with restaurants including Wendy's, TGI Fridays and 800 Degrees Pizza. It believes it is the fastest-growing restaurant company in the world.