Eggs Up Grill plans to open 12 new restaurants in 2021. / Photograph courtesy of Eggs Up Grill

A fast-growing breakfast-and-lunch chain concentrated in the Southeast is emerging from the pandemic stronger than ever.

If that sounds familiar, it’s because it matches exactly the story of First Watch, the 423-unit chain that went public last week to the tune of $170 million. But it also applies to a smaller upstart that is having some eye-opening success of its own.

Same-store sales at Spartanburg, S.C.-based Eggs Up Grill grew a record 17% in August compared to 2019. They were up 27% in September, and year-to-date comparisons were approaching 15%. And the company is set to open 12 new restaurants this year—another milestone—bringing its total footprint to more than 50 locations.

Its growth is a result of both its approachable, value-oriented concept and some significant changes it made during the pandemic, said CEO Ricky Richardson in an interview with Restaurant Business.

With an average check of $11, Eggs Up attracts a “huge swath” of different types of guests, he said. That and a commitment to local ownership have helped differentiate it in the secondary and tertiary markets where it likes to set up shop.

“Most of the share we pick up is from other local concepts, and also chains as well,” said Richardson, a former president and COO for TGI Fridays. 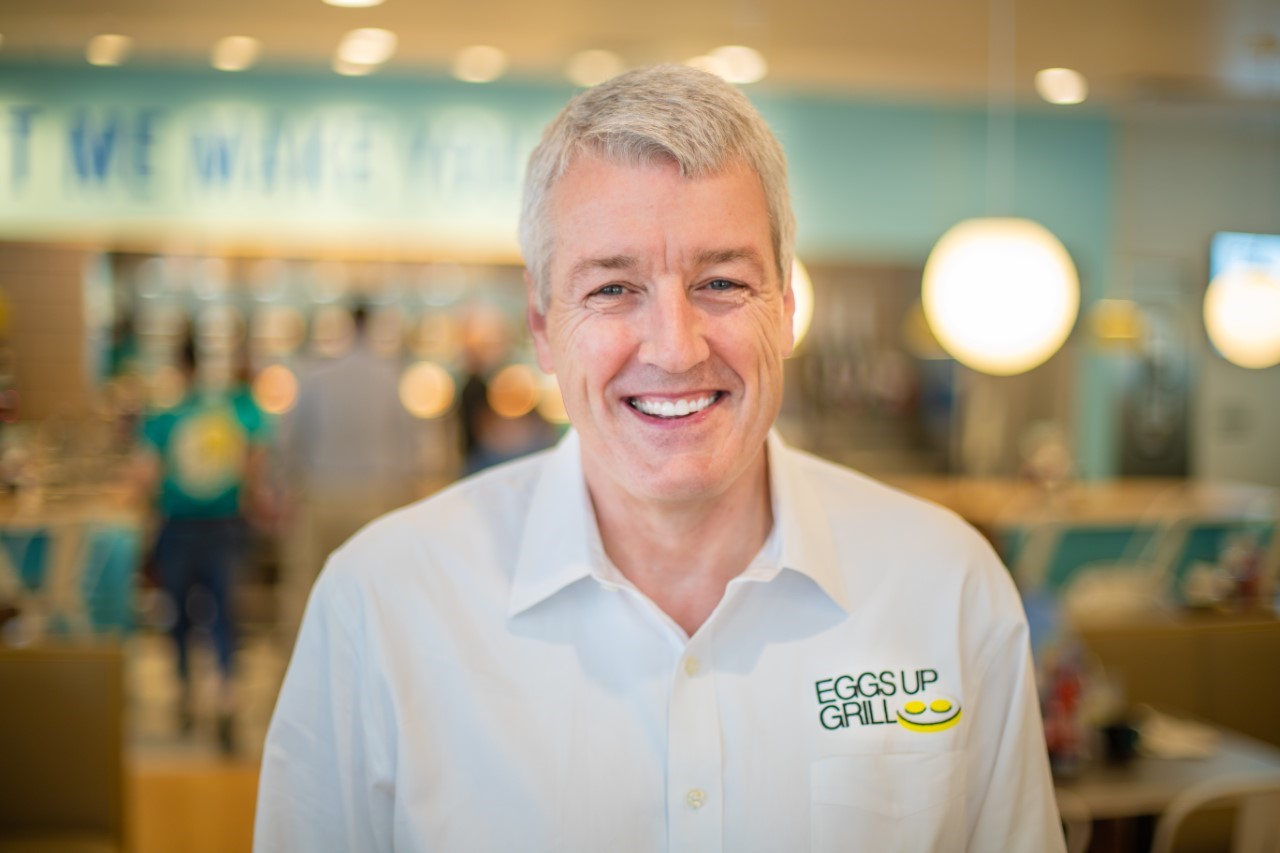 As Eggs Up, First Watch and others in the emerging breakfast-and-lunch set have demonstrated, there is considerable demand for what Richardson termed the “better breakfast” category. He defined its parameters as quality food, a focus on customer service, and clean, brightly lit restaurants.

What has surprised Richardson, though, is the concept’s translation to off-premise, which had not been a priority for Eggs Up prior to the pandemic.

“We probably weren’t the only ones thinking that, ‘Gosh, does breakfast really travel?’ ” he said.

Results so far indicate that it does: Since implementing online ordering and third-party delivery systemwide during the COVID-19 outbreak, delivery and takeout now make up about 20% of Eggs Up’s sales, compared to less than 5% pre-pandemic.

Consumers are more comfortable dining at home now, Richardson said, and the ability to have a high-quality product delivered with the same level of convenience a QSR might offer puts Eggs Up squarely in the consideration set.

Like other casual-dining chains that have had to suddenly accommodate a digital consumer, Eggs Up has worked to make the off-premise experience as high-touch as possible, sending followup emails and stuffing messages in to-go bags in an effort to “deliver thankfulness,” Richardson said. It hasn’t formally remodeled its restaurants to make way for the new channel, but has added warming stations and insulated bags to keep outgoing food as fresh as possible.

Another small but helpful change has been the addition of alcohol. Now on the menu in about two-thirds of the system, adult beverages added 3 to 5 points to the chain’s September sales, Richardson said. Eggs Up offers a variety of mimosas, typically served in a carafe—the consumption of which skews heavily toward weekend brunch. Customers are also adding mimosas to their delivery orders about 10% of the time in markets that allow it, Richardson said, slightly less than the dine-in rate.

Despite the growth, Eggs Up has not been immune to the industry’s hiring challenges. April, May and June were the hardest months, Richardson said, and the labor pool in tourist areas remains persistently shallow even as travelers return.

“We have seen meaningful improvement over the last 90 days, but it’s still tougher than pre-COVID,” he said. “It starts with people becoming a little bit more accepting or comfortable with the risk around working.”

The chain’s daytime hours (6 a.m. to 2 p.m.) have also been a selling point for prospective hires, and the rollback of government unemployment assistance has “added a tailwind for us as well,” Richardson said.

Correction: A previous version of this story misstated Eggs Up Grill's same-store sales for August. Sales grew 17% compared to 2019.