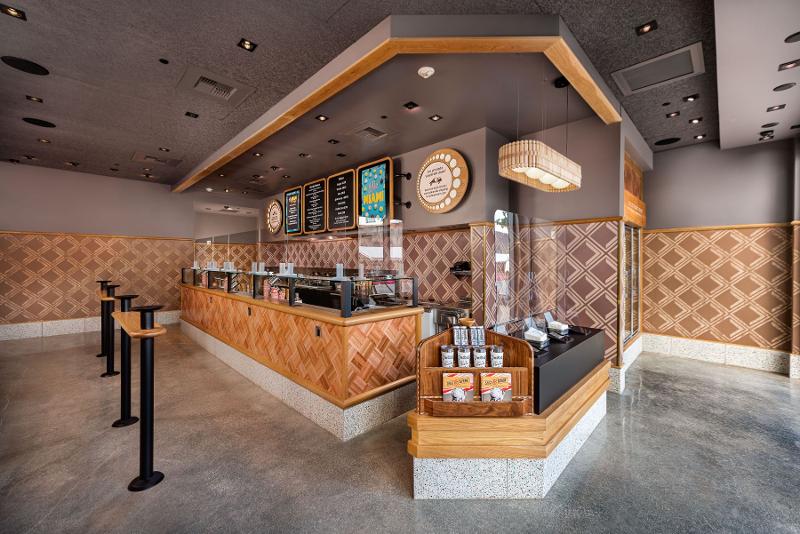 For the first time since its founding a decade ago, premium ice cream concept Salt & Straw has opened a scoop shop outside of the West Coast.

After consulting with funder and restaurateur Danny Meyer, who serves on Salt & Straw’s board, the Portland, Ore.-based company decided to expand to Miami, CEO and co-founder Kim Malek said.

“I learned a lot through him about the opportunity for business down there,” Malek said. “We started touring different neighborhoods and meeting with different artisans and chefs, and we could feel the energy of what was happening down there.”

Salt & Straw’s first Miami location, in the city’s artsy Wynwood neighborhood, opened Friday. Another is slated to open its doors on March 11.

“We literally could not get any further away from Portland, which was daunting, to be sure,” she said. “Opening during a pandemic is not for the weak of heart.”

Twenty-five unit Salt & Straw is known for its handmade ice creams that spotlight local flavors and collaborations, as well as small farmers. (Long ago, before freezers were common, salt was used to help chill cream for ice cream before it was packed in layers of straw insulation.) The chain’s ice cream flavors include Brown Ale & Bacon, Pear & Blue Cheese, Honey Lavender and Arbequina Olive Oil.

In 2017, Meyer’s Union Square Hospitality Group made an undisclosed investment in the growing ice cream concept, fueling its growth along the West Coast.

The pandemic, however, has accelerated Salt & Straw’s examination of other ways to sell its ice cream. Its scoop shops remain important, but the brand has seen a significant uptick in both local delivery of pints and scoops, as well as nationwide shipping. The chain has also opened a ghost kitchen in Oakland, Calif., selling pints of ice cream for home delivery.

“It’s so important to Salt & Straw that you come in and sample,” Malek said. “We change our flavors every month. It’s a very interactive, hands-on, white-glove experience. To go in this other direction is quite an experience … The days of just opening thousands and thousands of retail stores all over is kind of over. There’s a different model to today’s retail business, more of an omni-channel approach.”

Salt & Straw had just relaunched its e-commerce channel in December 2019, months before the pandemic turned on-premise sales upside down.

During these months of quarantine, Malek has seen “so much” growth in nationwide delivery of ice cream pints.

“We continue to fine tune and invest in it,” she said. “We think it could be really meaningful going forward.”

Malek said Salt & Straw is working with different carriers, packaging suppliers and shipping models to try to bring delivery costs down for consumers.

Moving beyond scoop shops makes logistical sense for the company. All of the ice cream continues to be made in Portland and is shipped to Miami.

“I’m not going to hide, it’s hard to be all the way across the United States,” Malek said. “We have one of our general managers, who has been with the company a long time, who has moved there. That’s been really important. We’re investing heavily in the operations team there. That’s what makes or breaks a company.”

The brand will evaluate how the two new Miami stores go before deciding on further expansion, she said.

“It’s a really big investment to open a kitchen for us,” Malek said. “We want to be careful.”