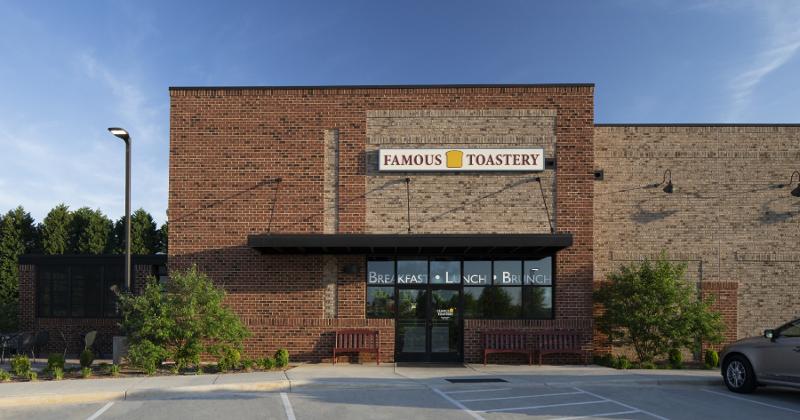 About two years before the pandemic struck, one of the fastest-growing small restaurants in the U.S. stopped taking calls from prospective operators.

“Selling franchises is very, very easy. Too easy,” CEO and founder Robert Maynard said in an interview with Restaurant Business. “Getting them to be successful is a whole other business. That’s why we took a step back.”

At the time, Maynard said, people thought he was nuts. Founded in 2005 in Huntersville, N.C.,  Famous Toastery had become one of the hottest young brands in the industry. It landed on Restaurant Business’ annual ranking of the fastest-growing small chains three years in a row and earned various other accolades recognizing it as a top restaurant franchise. In 2019, it had 27 locations and chainwide sales of approximately $40 million, according to RB sister company Technomic.

But behind the growth was a system that had spread itself thin. Taking a step back “turned out to be the best thing we ever did,” Maynard said.

The company shifted its focus to its existing franchisees and learned the characteristics of a good Famous Toastery operator. By the time the pandemic arrived, the chain was doing better than ever, Maynard said. Operations had improved and unit volumes and profits were at record highs. That helped Famous Toastery weather the crisis, despite its profile as a sit-down breakfast-and-lunch concept in an environment that favored fast food.

Its momentum has continued as the pandemic has eased. “We’re seeing a lot more stores getting closer to that [$2 million average unit volume] mark or blasting through that 2 mark than ever before,” Maynard said.

Armed with a more systematic growth strategy and a “secret sauce” for operations, the company is ready to get back to franchising. It opened three restaurants and its first ghost kitchen in 2020 and plans to double its footprint to 50 locations by 2024.

“It was just time, time to say we’re ready to go and put this opportunity back out there and grow,” Maynard said.

Famous Toastery is working with both existing franchisees who want to open a second or third store as well as new ones. It currently operates in North Carolina, South Carolina and Virginia. It will continue to grow in those places as well as in the adjacent states of Tennessee, Georgia and Florida.

And this time around, it will be more selective when it comes to signing franchisees. Its restaurants are not easy to run: All of the food, down to salad dressing, is made from scratch on-site, and it aims for ticket times of four to six minutes—lightning-fast for a casual-dining concept.

“We’re not selling BS. We’re telling you it’s not an easy business,” Maynard said. “If your goal is to be out of the store in three months … you are talking to the wrong people.”

He noted that labor and cost inflation have made replicating its standards in new restaurants difficult, and it has pushed some new openings into next year as a result. In general, the chain’s second growth wave will be more measured than its first.

“We’re not looking to sell, sell, sell, because we know how easy it is,” Maynard said. “You kind of have a responsibility to make people truly understand how it all works.

“I’d rather never sell a franchise again than sell it to the wrong person.”