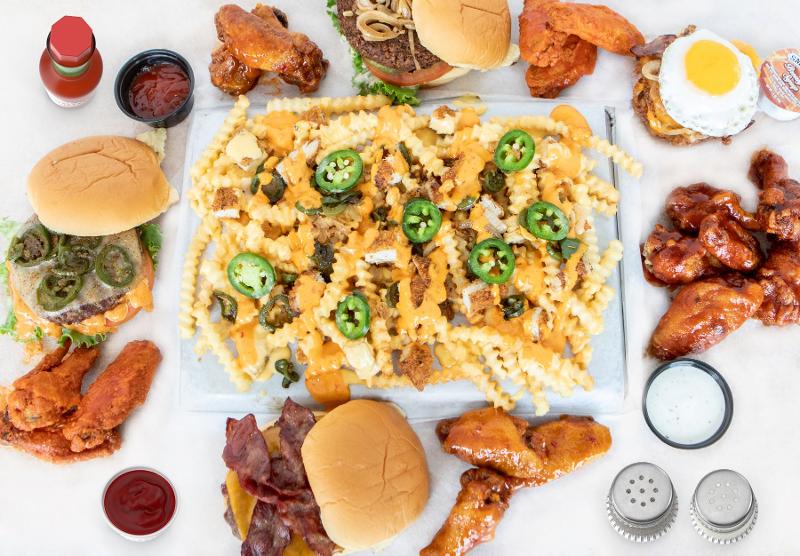 Abdul Popal estimates he and his wife sunk $1.2 million into the buildout of three Burgerim locations, as well as franchising fees and other costs.

Fast-casual chain Burgerim, it is now well-known, was a fast-growing franchisor that stopped paying employees and closed its headquarters in 2019. Founder Oren Loni fled the country.

The concept’s crumbling left franchisees like Popal in debt and with restaurants with no corporate backing.

So, Popal has rebranded two of his former Bay Area Burgerim locations (the third landlord opposed the move) as a new concept—iniBurger—one he hopes to start franchising in the coming months.

Much like Burgerim, the restaurant offers patties in a variety of proteins, including beef, chicken and veggie, as well as selling two-ounce burgers, which he calls M’ini Burgers. A four-ounce pattie is called a B’igi Burger.

Also, like Burgerim, all of the meat at iniBurger is Halal-certified.

Popal said Burgerim was poorly run, with too many protein offerings, leading to high food and labor costs, as well as excess waste.

“Now we’re in a place where what we have is the right model,” he said. “The brand experience and the food cost.”

Instead of relying on a dozen different proteins, he said, iniBurger uses an assortment of toppings to create different taste profiles.

“It works,” Popal said. “The sweetness of the ice cream balances out the chicken. We’re having fun by creating unique menu items.”

Burgerim was Popal’s first restaurant experience, but not his first franchise one. After getting his MBA in 2000, he worked for custom-printing brand Cafe Press until it went public in 2012. He then ran a Midas automotive repair franchise, as well as a franchised hair business.

Burgerim’s problem was “the combination of the wrong franchisees and not giving them support,” he said.

Popal said his rebranded burger restaurants have seen strong sales amid the pandemic and that he has already heard interest from prospective franchisees. He said is working on completing franchising documents for iniBurger and will likely have them ready in the next couple of months.

“I don’t want to rush into anything,” he said. “I want to have the right infrastructure and team in place. I don’t want that individual to be in the same position I was in.”