The details: A full-service, six-unit Mexican concept based in Southern California, with locations ranging from 120 seats to 470 seats. The chain specializes in inventive tacos such as the popular filet mignon offering with melted cheese, marinated filet mignon, and pistachio serrano salsa, as well as cocktails and Mexican beers. Tortillas are made in-house from locally sourced blue corn masa.

The backstory: Brothers Eric, Alex and Alan Adler—all first-generation Mexican-Americans—founded Puesto in 2012. Though none of them had restaurant experience, the brothers met chef Luisteen Gonzales when he was catering taco parties around 2010. The group decided to join forces to create Puesto, focusing on authentic Mexican flavors with upscale twists.

Why it’s worth watching: Puesto is currently working to convert a 12,000-square-foot former Gordon Biersch Brewery unit in San Diego into one of its restaurants. That location is slated to open at the end of the year. The brand recently hired a creative director for its spirits program. The team hopes to open a couple more locations in the next 12 months, all in Southern California, while also exploring options outside the state. 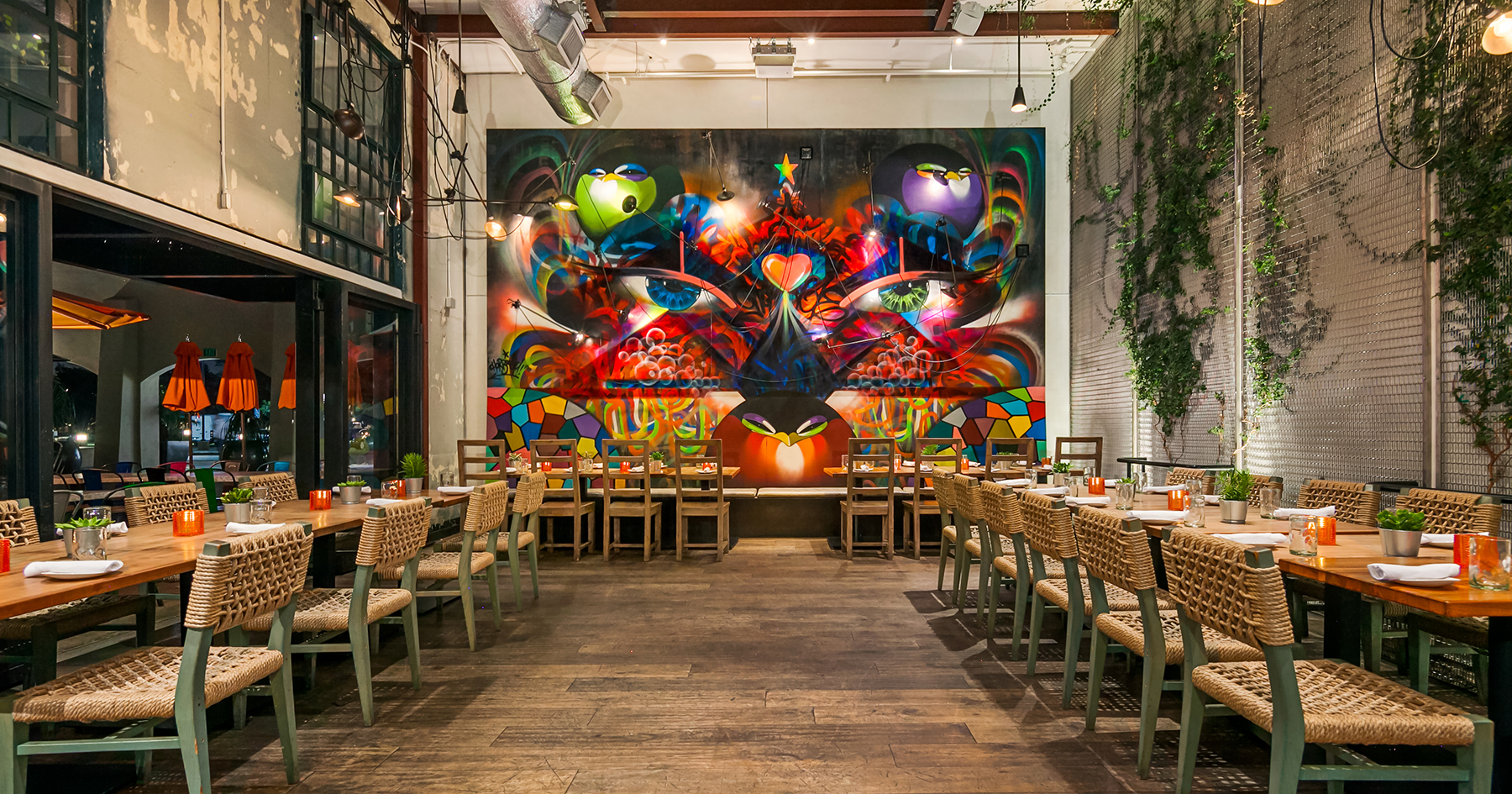 We’re a Mexican-American family. We’re first generation. We grew up with Mexican food and home cooking every day. We love Mexican food. The type of Mexican food we like, that’s real and high-quality, didn’t really exist anywhere in the U.S. We weren’t looking to get into restaurants. … We felt we had to do this because tacos were never treated well. They were disrespected.

Mexican lager is based on German people who came to Mexico and taught Mexican culture how to create beer. Lucky for us, we took over a German lager facility. We’re keeping their head brewer as our head brewer. We’ll have three different beers. There will be a fourth monthly beer that we’ll pair with our taco of the month.

They’ve all been new construction. … This is the first one. It’s hard to find a restaurant that was previously a restaurant and failed that we feel comfortable with. It’s an extensive process to create the kitchen and bar how we want it. Everything has to be done to maximize efficiency and the kitchen is done a certain way. That barrier makes it difficult to take over a space that was previously a restaurant. … The biggest thing is not about the actual equipment, it’s more about the order of the equipment. We have focused on creating this efficient line.

We do work with some delivery, but we’re still in the experimental stage. Tacos are designed to be enjoyed in the minute. We want to provide the best experience. We’re doing it but we’re really working on creating a much better experience for delivery. We’re excited by what delivery brings. … We have changed the menu a little bit. We’ve gone more bowl-focused for delivery. … We have more bowl options, with tortillas on the side.

We’ve focused on building a brand and a culture and a place people want to work at. It’s a lot of word of mouth. Our team is amazing. Who better than them to know amazing people? To understand Puesto, you have to understand Mexico. So we’ve created a variety of trips for our team to go to Mexico. We’ve been doing it for many years, and we keep creating new offerings.

Postino parent adds to its C-suite