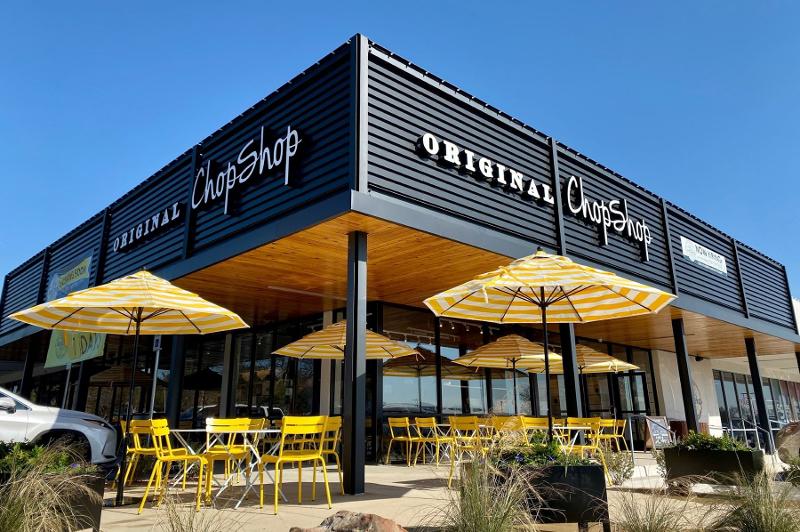 Jason Morgan, CEO of 17-unit Original ChopShop, has borrowed some of the tactics of much larger brands in steering his fast casual through the past couple of choppy years.

But there’s one practice Morgan has been loath to adopt:

Over the past three years, the Dallas-based chain has only taken a 3% price increase. That’s one, single 3% price hike since 2019, not multiple, while most every other chain has raised prices two or three times that in just the last year.

“We wanted our food to stay affordable,” Morgan said during a recent episode of the Restaurant Business podcast, “A Deeper Dive.” “I want to build that relationship with the customer. I see other brands that may lose that.”

Despite little reliance on price increases, the health-focused chain reported a strong 2021. Same-store sales were up 35% compared to 2019 levels. Total revenue increased 77% compared to 2019. The chain saw average unit volumes of $2.4 million in 2021.

And Original ChopShop has managed without drive-thrus, preferring end-cap units with patios that are between 2,300- and 2,800-square-feet, Morgan said.

“If people are relying on their development to only take (drive-thrus), it’s going to slow them down,” he said. “You’ve got to be more creative.”

Original ChopShop was founded in Scottsdale, Ariz., in 2013. Morgan bought the company three years later. The brand is focused on convenience, with order times under five minutes, for items such as protein bowls, salads, sandwiches, acai bowls, juices and breakfast items.

Much of the chain’s success has come from behaving like a larger company, Morgan said.

When Original ChopShop had just eight stores, Morgan approached Olo about becoming a customer. The tech company said it didn’t typically work with such small chains, but Morgan forged ahead. The relationship with Olo allowed the fast casual to quickly roll out curbside pickup during the pandemic’s earliest days, he said.

It also allowed the chain to debut a multi-faceted loyalty program in August 2020 that has become a big hit for the brand. Customers can load money on the app and use it for ordering and payments, much like Starbucks, he said.

Currently, 35% of all sales come from loyalty members, Morgan said. And about half of all of ChopShop’s sales are digital.

“We’ve had just great acceptance of the app,” he said.

At the outset of the pandemic, the chain focused on employees and worked to keep everyone on the job. General managers received full bonuses, “even when the financials didn’t warrant a bonus,” he said.

That practice boosted staff retention, and ChopShop GMs now have an average tenure around 2.5 years, he said.

Even with inflation and labor challenges, real estate remains the biggest hurdle for ChopShop, Morgan said.

“We’re battling the Sweetgreens and the Shake Shacks of the world for restaurant sites,” he said. The team is in place, the systems are in place. And now it’s all about going out and finding the real estate.”