Buzzworthy Brands is a weekly Restaurant Business feature highlighting innovative growth brands that operators should keep an eye on.

The details: A 12-unit doughnut and coffee concept that’s based in Chicago, with locations in the city and suburbs. The chain sells 40-50 doughnut varieties, including yeasted options, cake and old-fashioned ones. The chain’s founder operates one unit in L.A.

The backstory: Artisan baker and restaurant operator Rich Labriola, who founded Labriola Baking Co. in Chicago in 1993 first heard about the iconic Los Angeles outpost of Stan’s Donuts while watching a travel TV feature about its founder, Stan Berman. The two became friends, and Labriola acquired the worldwide rights to Stan’s Donuts. Berman is now in his 90s, and his LA shop remains a hot spot, as it has been since it opened in 1963.

Why it’s worth watching: The chain, which started six years ago, is adding two to three units a year. It’s focused on a pattern of slow and steady growth. It recently debuted a loyalty app and is shipping a limited menu nationwide through Goldbelly. Stan’s is currently looking at freshening the decor in some of its bright, retro shops into a warmer vibe, to encourage customers to linger longer over coffee drinks and doughnuts. 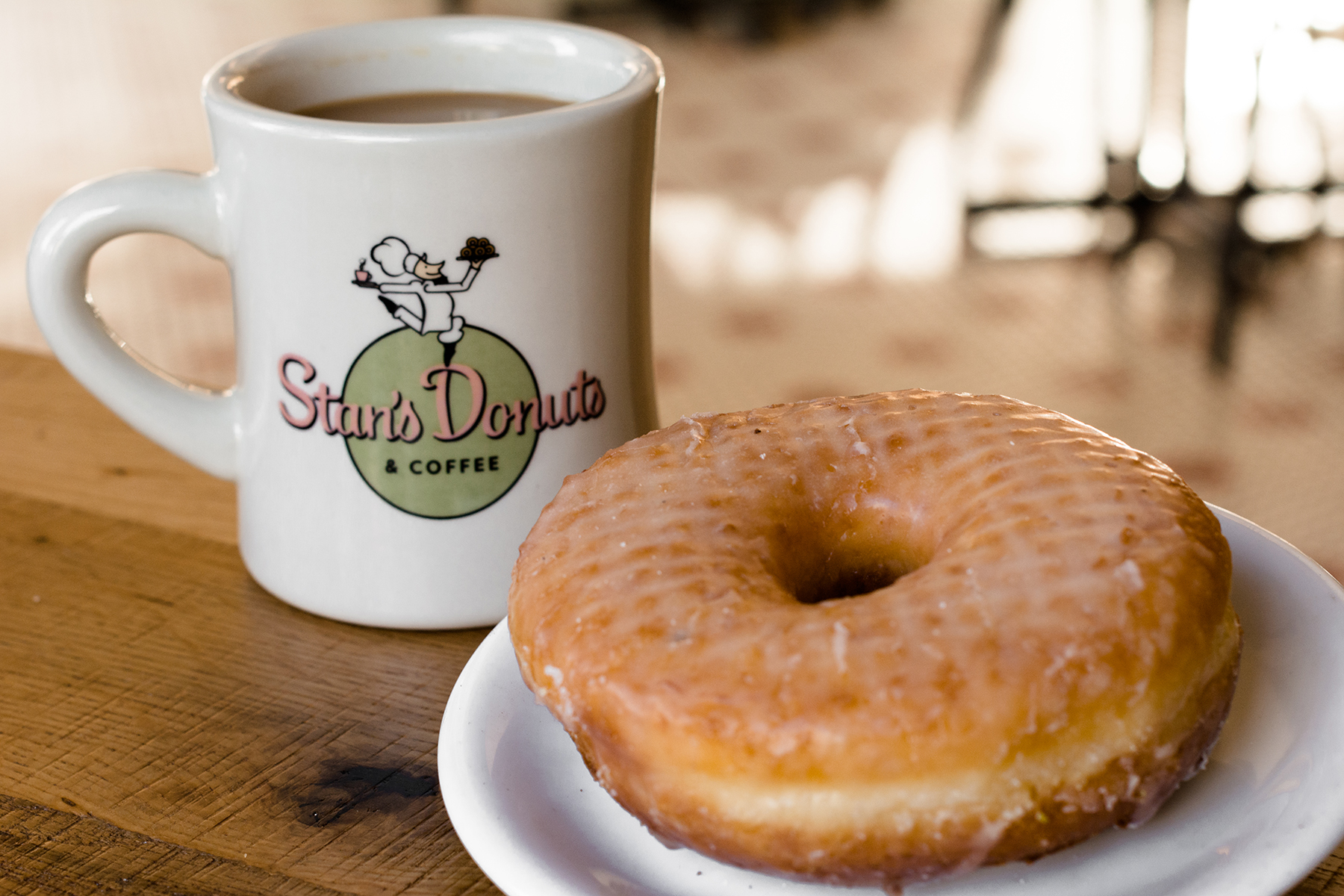 We’re a higher-end version of a Dunkin’ or Tim Hortons. We’re going through some of the same things they did 40 years ago. We’re really focusing on coffee. We introduced cookies and are playing with some breakfast items, although we’re not ready to do that. You can be overprotective with your brand, or you can go crazy and offer all sorts of different products that don’t belong. We could come up with five different breakfast sandwiches tomorrow. We want to come up with brand new products. That’s the hard part: “How do you make it special?”

We have a commissary in the West Loop, and we have fryers in some of the stores that will make doughnuts if they sell out. Our yeast dough is a very complicated process. Everything we do is elaborate. … We deliver to our stores twice a day; it ranges from 15,000 [doughnuts] per day to 30,000 per day on the weekends. … The commissary is 12,000 square feet with 50 employees. … Because of my baking background, we know production. And we know distribution. That’s what we know best.

We start at 9 p.m. and then we end at 9 a.m. It’s difficult to get people these days. We give them a four-day work week to try and alleviate that. You have to pay more. It’s a different world. It’s four 10-hour days. It gives people on overnights some type of lifestyle. … There’s a million good ideas. But who’s going to execute those? Finding the people to do that is not easy. … We pride ourselves on doing special things. There’s a couple of doughnut chains where you can learn how to make cake doughnuts in 10 minutes. But not ours. And that’s a challenge. But I’m not a fan of dumbing things down for the sake of growing.

We’ve made spaces that are a little darker, a little warmer. The magic of Starbucks is people hang out there all day. We’ve decided to make them comfortable. … How do we make it somewhere you want to hang out longer? That’s really been the mission. … We’re going through some of the older stores now and budgeting some money to change the look and the seats.

It’s just a constant social media message. It’s in our logo. We’re not a trendy coffee shop and we’re not Starbucks. We’re kind of forging ahead on a new path. You don’t really have a good model to go on, so you have to make up your own. You can send all the messages. You can do everything. But if, at the store level, your employees are not committed to coffee culture, you won’t sell coffee. People come into our stores with Starbucks cups all the time. It’s not an easy thing. We’re just concentrating on why we have this coffee and what it means. We’re showing them the importance of selling any drink with a doughnut purchase.