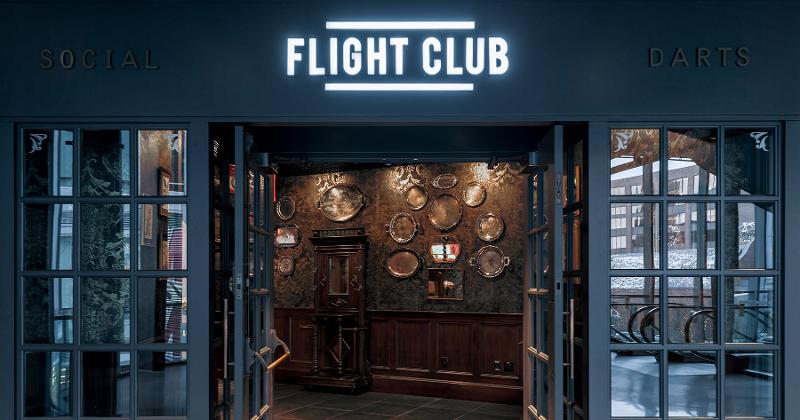 The details: An eatertainment concept focused on high-tech “social darts” and a similarly social food and drink menu. There are currently two U.S. locations, in Chicago and Boston, with two more slated to open this year and several units planned for 2021. It operates largely based on small-group reservations for semiprivate dart-throwing areas, with walk-ins allowed if space is available. Chicago chef Rick Gresh is the concept’s culinary director, and the menu includes shareable items such as shrimp dumplings, tempura green beans and mini beef barbacoa tacos. The drinks menu centers on local brews and spirits. Units range from about 8,000 to 10,000 square feet, with about a dozen semiprivate gaming areas.

The U.S. version of the concept differs a bit from the U.K. one in that there are no buzzers to call waitstaff and the menu is centered on small bites and shareables rather than large-format items such as pizzas and burgers.

The backstory: Flight Club began in the U.K. in 2015 after the founders were watching people play darts in a pub. They thought they could use technology to simplify the social game and create a fairly seamless experience for players. They’ve since opened several around London and Birmingham. The first U.S. location opened in 2018.

Why it’s worth watching: Consumers, especially Flight Club’s target millennial demographic, say they’re looking for an experience when choosing to dine out. With its proprietary technology as well as high-end food and drink, this chain provides a focused eatertainment option not seen in others in the category. 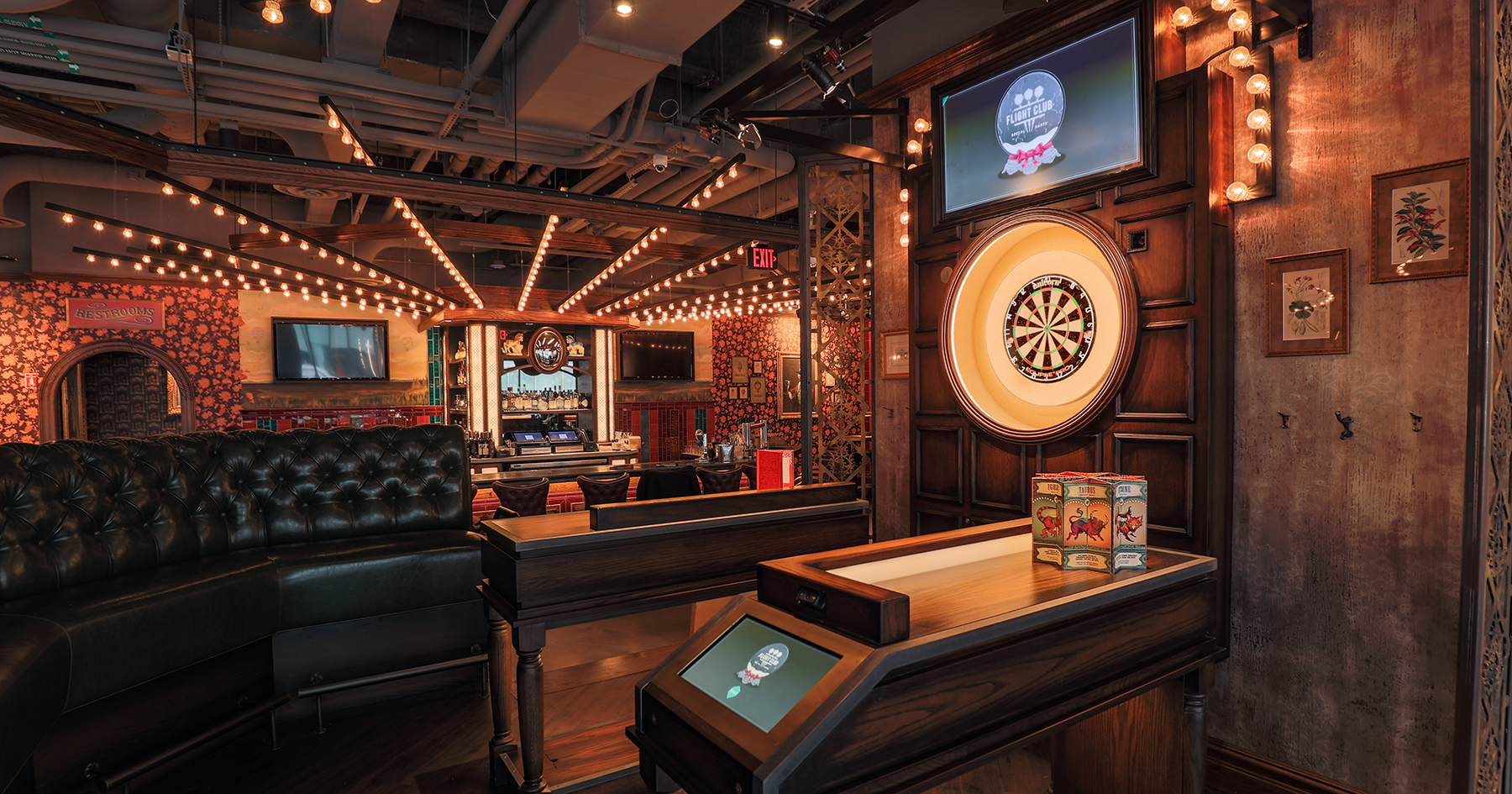 HERE ARE FIVE GROWTH-MINDED QUESTIONS WITH ALAN CICHON, PRESIDENT OF FLIGHT CLUB US:

We’ve taken what they’ve done in the U.K., kept the DNA of what they do, and we’ve reskinned it and redesigned it for the U.S. market. We’ve redone the food and the beverage and the hospitality offering here in the U.S. When you walk into a Flight Club, it feels like the U.S., from the type of food we offer, to the type of beverages we offer, to the service we provide. … The food program is designed for the U.S. market and also for the activity. Everything we have [can be eaten] while you’re playing. Smaller portions, single bites.

I see this as a food and beverage concept with a really phenomenal activity that goes with it. Unlike some of our other competitors, we don’t derive the vast majority of our revenue from the activities themselves.

It is not a kid-friendly environment. One of the things that makes us special is we are 100% dedicated to delivering the experience of Flight Club. People respect the fact there’s not a bunch of children running around that impede their experience. Our core demographic is 25 to 36. We’re really providing a curated experience. That’s what people are looking for. They’re looking for that experiential piece.

Landlords are looking for something other than durable goods and something different than a restaurant. We fill that need, and we’re looked at as almost an amenity. We’ve found that, in general, the landlord community has been extremely receptive to our brand because we’re bringing something unique.

We run this program called Social Roll-Up. It allows people to come together. We hire actors and comedians as game masters. This person breaks down all the weird dynamics. You can order drinks and you can order food. You can come in, drift in and play. It takes a little bit of an education. But once people get to know it, they have a phenomenal time. We’re really trying to get people to connect without using their phones.