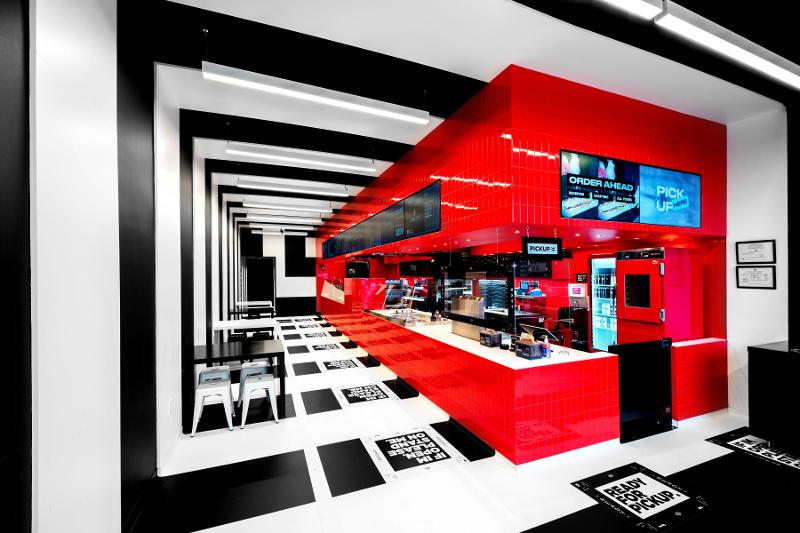 Fast-casual chain &pizza has been steadily growing since its founding nearly a decade ago, growing to just under 60 locations in the Northeast.

But CEO and co-founder Michael Lastoria said the pizza chain’s growth is going to get turbo charged next year, with plans to open about 40 new stores by the end of 2022.

“Most new &pizza locations will be the same tech-enabled, ventless, electric pizza shops spanning from Virginia to New York City,” Lastoria said in an email interview.

Lastoria said his Washington, D.C.-based concept has raised “multiple rounds” of financing since the beginning of the pandemic, though he declined to provide any details about those investments. He also left the door to a possible &pizza IPO open at some point.

“The idea of being public is exciting, particularly around the opportunity for our workforce to get paid and for our customers to own shares of the company,” he said. “We know that we have a unique offering with a best-in-class financial profile that would be great as a public company. That said, this has always been about building the company the right way, brick by brick.”

Lastoria and Steve Salis founded &pizza in 2012. The chain has become known for its tech-enabled operations and progressive political stance. Salis left &pizza in 2015, formed Salis Holdings, and went on to acquire several other brands, including Ted’s Bulletin. Earlier this year, he formed Sizzle, a special purpose acquisition company.

Lastoria said &pizza has no relationship with Sizzle.

The chain has been outspoken in its stance of supporting its workers, vowing last year that all employees would make at least $15 an hour starting in 2022. The company has also given employees the day off to vote and other benefits.

“We built a business model around taking care of those that take care of us,” he said. “Paying a living wage, offering humane benefits, listening and treating them with the dignity and respect they deserve. This has resulted in an extremely healthy four-wall model and produced best-in-class cash-on-cash returns that support meaningful growth.”

New stores regularly receive more than 100 applications, and all of the pizza shops are fully staffed, despite the labor and hiring issues afflicting many restaurants, Lastoria said.

“That’s important to us and our brand, which is a symbol, &, a symbol that means unity and is about uniting the working class,” he said. “All of our work counts for nothing if our people cannot live on the wages we pay them.”

Lastoria pointed to his brand’s people and its robust technology as growth drivers for the coming year.

&pizza earlier this year hired Katie Bach as its head of strategy. Bach comes to the pizza brand after serving as global director of strategy for Starbucks and managing director of the progressive Good Jobs Institute.

Lastoria noted the chain’s software stack, known as &OS, is central to the company’s growth.

“The system centralizes system integrations, automates internal and external engagement triggers, provides critical business insights and is the backbone of our going-forward acquisition and activation-focused marketing strategy,” he said. “We’ve been incredibly intentional around the investment as well as the focus on innovation to support operational performance and scale.”