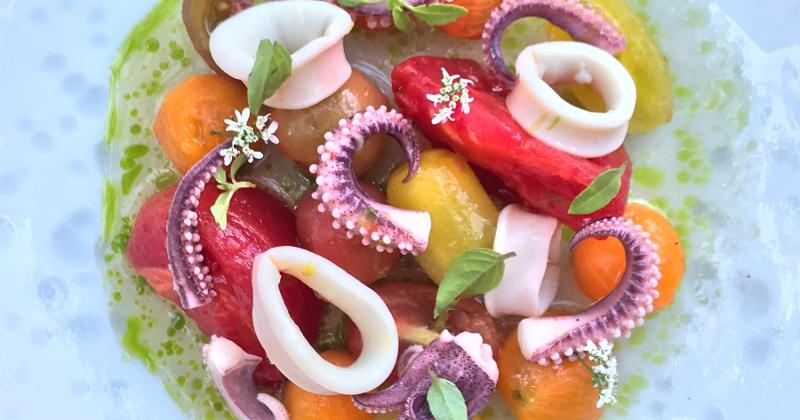 This fall, we saw the return of Kwame Onwuachi.

A James Beard Award winner who trained at Per Se and Eleven Madison Park, Onwuachi became known nationally for his now-defunct restaurant Kith and Kin in Washington, D.C., which was once named Best New Restaurant in America by Esquire. The chef left Kith and Kin in 2020, wrote a memoir and a cookbook, and on Nov. 1 made a big splash back in his hometown of New York City with the new Tatiana, the dining centerpiece of the newly renovated David Geffen Hall at Lincoln Center.

Meanwhile, at New York’s Rockefeller Center, the couple behind Atomix and Atoboy are launching a new Korean concept. In the Washington, D.C. area, Enrique Limardo is spreading Joy. And there’s more.

Sadly, this month there are too many notable restaurant closures.

Among them are the owners of the Portland restaurant Renata, who noted poignantly on Instagram that “most people think life is back to normal. The pandemic is a thing of the past and we’re all moving on. The reality is that the damage done to restaurants continues to be a part of our daily life.”

David Kinch’s three-Michelin-starred restaurant Manresa in Los Gatos, Calif., is also among those planning to close, though not until Jan. 1. Kinch, who plans to focus efforts on his more-casual concepts, is planning to revisit dishes from the restaurant’s two decades in tasting menus throughout December, leading up to what he promises to be one hell of a New Year’s Eve celebration.

Take a look at which restaurants opened and closed in November: