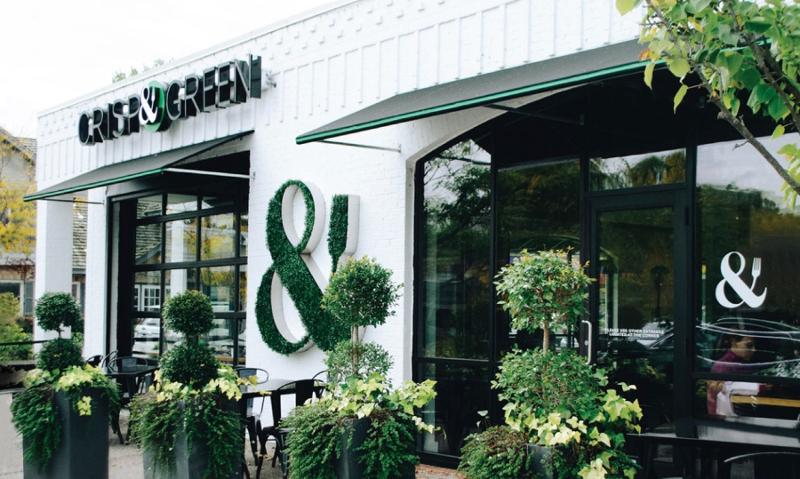 Crisp & Green, the Minneapolis-based fast-casual salad chain, expects to open a new restaurant every six days this year and into 2023.

That’s according to CEO Steele Smiley, the former fitness chain execuitive, who founded the health-focused concept in 2016.

He said his chain, which serves a menu of salads, bowls and smoothies and also hosts regular fitness classes, currently has “in the 30-ish range” of open and operational units, with a total of 195 stores built or in development in 19 states.

All but three of Crisp & Green’s stores are owned by franchisees.

Smiley said his chain may be growing quickly, but it is doing so thoughtfully.

An average Crisp & Green franchisee has a deal to open more than 10 stores, he said, and all have experience with other restaurant chains.

“We’ve never had an unprofitable quarter in the history of our brand,” Smiley said, comparing his concept to that of Sweetgreen’s. That fast-casual salad company, which went public last year, has yet to turn a profit. “We are the player to beat in the space, largely because of how we’re structured … We’re not answering to Wall Street. We’re not answering to other private investors. I own my company.”

Smiley said Crisp & Green’s per store gross margins are nearly 10 points higher than those of Sweetgreen. (Sweetgreen reported restaurant-level margins of 13% during the fourth quarter.)

He said his chain is paying more than $15 and hour, and is offering general managers of “top-tier” restaurants $100,000 salaries.

Smiley called the widespread labor shortage that has plagued many in the restaurant industry “a fictitious problem.”

“The best businesses in the world are having access to the best teammates,” he said. “We opened a store two weeks ago with 36 employees and the Panera across the street couldn’t open for lunch.”

Before launching Crisp & Green, Smiley was the founder and CEO of five-unit Steele Fitness, which was acquired by Snap Fitness in 2013. He went on to hold executive posts with Snap Fitness until 2017.

Crisp & Green is able to keep up with its swift growth because of Smiley’s previous franchise experience and that of his team, he said. The concept stores equipment for up to 10 kitchens in a warehouse, so it is prepared for new restaurant openings.

Crisp & Green is slated to open its first Denver-area location this month, with five more restaurants planned for the area. Earlier this month, the company a major expansion in its home state of Minnesota. The state is already home to 10 open Crisp & Green restaurants, with eight in line to open in 2022 and nine in 2023.

Crisp & Green had the pieces in place for digital sales before the pandemic—but hardly anyone used them, Steele said. In 2019, just 7% of orders came through digital channels, he said. Now, that number is 70%.

“I was still calling the store, pre-pandemic, to order my food,” Smiley said. “Geographically, we’re in the middle of Minnesota. It’s not a very tech-centric part of the country. I had a million dollars in tech, and no one used the app. I didn’t use my own app. After the pandemic, that was the only way to get food.”