Whoever uttered the phrase “familiarity breeds contempt” may have gotten it wrong—at least when it comes to business. 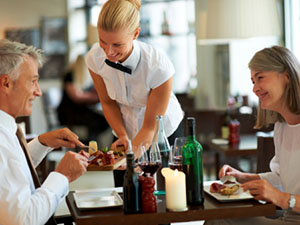 A study published in this month’s “Journal of Consumer Research” found that consumers form a strong emotional bond with a place—be it a restaurant or store—when they enjoy a sense of familiarity. And when customers feel a close bond with a business, they are willing to make a special effort to support it. They may show their love by tipping more, volunteering to help out the business or mentioning it to friends.

While the research was based on interviews with French consumers, the same dynamic is at work stateside. A report this past spring from NPD Group similarly found that 40 percent of consumers are loyal to their favorite restaurants and will go there even without the draw of promotions or deals.

How are restaurants rewarding customers for their loyalty? The most successful ones are tailoring reward programs their customers’ desires and needs and making their programs convenient and easy to use, an article by Loyalty 360 reports.

Of course, many restaurants choose more public ways to salute their most committed customers. Here are some examples: