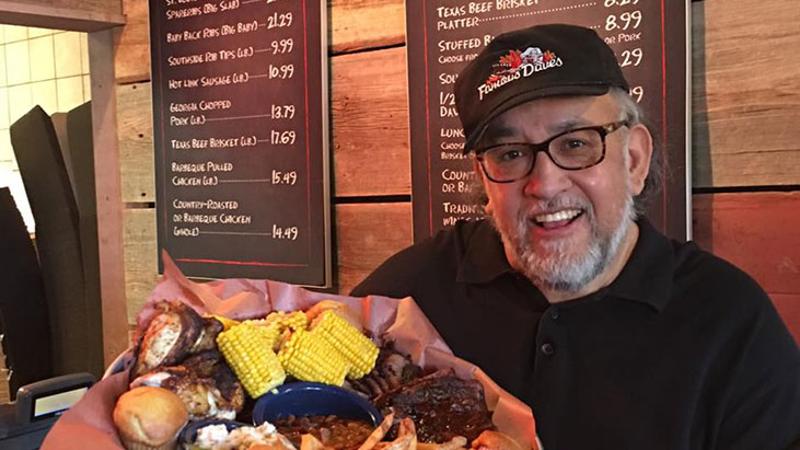 After posting a 10.6 percent decline in the comparable sales of company-run restaurants for the fourth quarter of 2015, the Famous Dave’s barbecue chain yesterday revealed several initiatives intended to stem the damage.

Included is the addition of fried chicken to menus on Sunday nights. In tests, the departure from barbecue delivered higher traffic gains and better profit margins than has any other product the chain has ever tried, according to CEO Adam Wright.

Some Famous Dave’s restaurants in the East are about to test new lures for bargain-hunting consumers, Wright added, without disclosing specifics.

Critical to the turnaround, the 179-unit casual-dining chain indicated, was the sale of seven company-managed stores in the Chicago area to the operator of restaurants elsewhere in the system. As part of the deal, the buyer is obliged to invest in the restaurants and meet certain development targets.

Most of the falloff came in on-premise dining, which declined 7.7 percent, according to management. To-go sales slipped 2 percent, but catering revenues rose 0.4 percent.

Wright continued to trace the brand’s problems to bad decisions made by the preceding administration. In particular, he noted the deletion of several popular items from Famous Dave’s menu.

With those products back on the bill of fare, guest-satisfaction scores through January have risen 16.6 percent, and an intent-to-return indicator has jumped 17 percent, Wright said.

He also hinted at new marketing initiatives from the chain’s newly named CMO, Caribou Coffee veteran Alfredo Martel, but did not divulge any specifics.