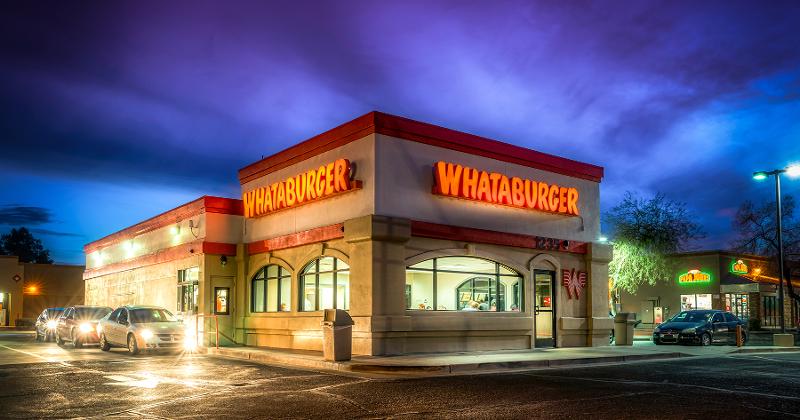 When it comes to restaurant mergers and acquisitions, 2019 did not have something for everybody.

Oh, the year had a lot of interesting deals—really interesting deals, in fact. Strategic buyers were out in force. Growth chains got big multiples. And more than one unicorn was on the market at the same time.

But the giant deals, the market-moving acquisitions, like Burger King’s purchase of Tim Hortons in 2014 or Panera Bread’s go-private deal in 2017, simply were not there.

What’s more, it appears as if 2019 will go down as a modestly slower year overall, in part because much of the market basically didn’t exist. Several companies tested the market and ultimately found little to their liking.

Still, there were numerous interesting deals. The following deals aren’t necessarily the biggest in strict dollar terms. But they were big in terms of impact.

That was an underrated deal. But its importance was highlighted shortly after the deal’s announcement, when Texans protested the very idea that someone outside of Texas would dare own its beloved chain.

In Whataburger, BDT got the closest thing possible to In-N-Out Burger, the California-based burger chain that investment bankers have dreamed about for years. Whataburger is a high-growth chain: System sales rose 52% from 2013 to 2018, and it’s about to overtake Jack in the Box as the country’s fifth-largest burger chain.

With funding from BDT, it could grow even more. And well beyond its home state. Sorry, Texas.

The other unicorn to hit the market in 2019 was Cooper’s Hawk Winery & Restaurants, which got a valuation multiple of well over 20 times earnings before interest, taxes, depreciation and amortization, or EBITDA, when it received a major investment from Ares Management.

Why did Cooper’s Hawk get so much? Because of its big wine club, which provides the chain with a steady source of income and a loyal group of customers all in one batch. That makes it a lifestyle chain as much as a restaurant company. And that earned it a valuation beyond those of traditional chains.

We interrupt these restaurant deals to give you one involving a technology company.

The company has quickly added that technology to its drive-thru menu boards and promises to expand it to kiosks and its mobile app. But it also signaled that the Chicago-based burger giant means business when it aims to be on the forefront of the restaurant technology revolution.

I’m still recovering from my surprise at this investment.

In July, Cracker Barrel agreed to pay up to $140 million for food and games chain Punch Bowl Social, giving it a minority stake in a hot concept.

Robert Thompson, founder of Punch Bowl, later told me that it makes sense when you think of it in context. Cracker Barrel was an innovative concept that merged family dining with retail. Punch Bowl merged good food with games. They just emerged in different times.

Yet another industry stunner came in July, just as we recovered from our Cracker Barrel-Punch Bowl shock, when Cheesecake Factory bought Fox Restaurant Concepts and the rest of North Italia for $353 million.

That deal might have been the year’s most unique, one in which a well-established, publicly traded chain bought a concept creator. Sam Fox is one of the industry’s most creative minds, giving Cheesecake a potential factory for innovative new restaurants. It was a unique type of deal we have not seen before.

In 2018, worried that Tilman Fertitta would attempt a takeover of the company, Del Frisco’s went shopping, ultimately overpaying for the owner of Bartaco and Barcelona Wine Bar for $325 million.

The company’s stock soon plunged, after it became known that Del Frisco’s needed to borrow just about all of that $325 million. Activists pounced. Del Frisco’s put itself up for sale, ultimately selling the entire company to private-equity group L Catterton for $650 million.

It then said it would convert all units of its own fast casual, Holler & Dash, to Maple Street, with plans to grow the brand.

Unlike the Punch Bowl deal, the Maple Street purchase is an outright acquisition, giving Cracker Barrel an interesting brand in the attractive breakfast-and-lunch segment.

In other words, it was your run-of-the-mill transfer of a growth chain from one investment firm to the other, making it somewhat unusual in a year of otherwise odd deals.

Still, it was a big one for Chicken Salad Chick, one of the most unique concepts in the restaurant business in that it specializes in chicken salad—not really a traditional restaurant menu item. And, according to sources, it received a valuation multiple in the “high teens” times earnings before interest, taxes, depreciation and amortization, or EBITDA.

Question: If two companies are owned by the same private-equity firm, and then one company buys the other, is it really an acquisition?

The deal further solidifies Inspire as an overnight restaurant industry juggernaut, giving it 11,200 restaurants and $14 billion in annual system sales. And now that company has a sandwich brand well-versed in delivery.

Technically, this piece is supposed to be about the year’s biggest deals. But given that many deals this year didn’t happen, it’s only right to feature a collapsed acquisition, the Leo Holdings reverse merger deal with CEC Entertainment, parent company of Chuck E. Cheese’s and Peter Piper.

Apollo Global Management has been trying to sell CEC for two years. It pondered an IPO in 2017, then put the company up for sale. It had a deal in April that would have taken it public with a $1.4 billion valuation. CEC would then have $300 million in cash to pay off debt.

As to why the deal collapsed, we still don’t know.

Such nondeals in 2019 were common. Chains such as Jack in the Box, Church’s, Del Taco, J. Alexander’s and others either considered deals and backed off or haven’t found buyers. Perkins and Restaurants Unlimited also tried to find buyers and ultimately had to file for bankruptcy protection.

The Jack’s Family Restaurants Sale; the investment in Sweetgreen and the salad chain’s purchase of Galley Foods; the merger of distributors PFG and Reinhart Foodservice; the Kona Grill bankruptcy and sale to STK; Perkins’ sale to Huddle House; the creation of the Salad Collective with the merger of Mad Greens and Snappy Salads; TGI Fridays own go-public reverse merger.