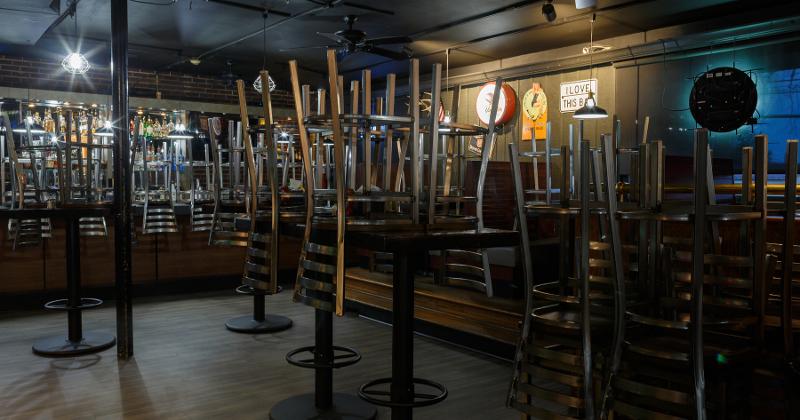 The National Restaurant Association and the Independent Restaurant Coalition expressed support late Monday for a reported $25 billion restaurant relief package introduced as part of a proposed budget resolution by House and Senate leaders.

Full details of the $1.9 trillion budget resolution proposal have not been revealed, but it includes the creation of a dedicated grant relief program for restaurants, according to a statement from Senate Democrats.

Independent restaurants have been hard hit by the pandemic, with an unprecedented number of neighborhood spots closing their doors.

"By proposing a grant program for the industry, Congress is doing everything they can to ensure independent restaurants and bars can continue to employ 11 million people," the Independent Restaurant Coalition said in a statement. "This has been a dark winter for restaurants and bars who are seeing more layoffs and closures than any other industry throughout the pandemic. Millions of people depend on neighborhood restaurants and bars for their livelihood, and a full economic recovery depends on putting them back to work. Funding an independent restaurant revitalization fund would be a ray of hope for so many neighborhood businesses that are on life support this winter. We are grateful to Majority Leader Schumer and Speaker Pelosi for putting forward a plan that helps the restaurant community get back on their feet."

The $25 billion proposed relief package, though, falls far short of the $120 billion Restaurant Revitalization Fund for which the Independent Restaurant Coalition has lobbied since April. That fund was part of the Restaurants Act, which died after passing the House in October as part of the $2.2 trillion aid bill known as the HEROES Act.

The then-Republican-controlled Senate did not widely support the broad-based relief effort.

The National Restaurant Association called the latest $25 billion restaurant recovery fund a possible “game-changer for the tens of thousands of restaurants on the verge of closing,” EVP of Public Affairs Sean Kennedy said in a statement.

“2020 ended with the industry slipping into a double-dip recession and losing nearly 400,000 jobs, highlighting the unique challenges restaurant owners and our employees are still facing,” Kennedy said. “We look forward to seeing the full proposal from congressional leaders and appreciate that our industry remains in the forefront of discussion.”

This joint budget resolution, filed by Senate Majority Leader Chuck Schumer and House Speaker Nancy Pelosi, is the first step toward enacting an all-important Budget Reconciliation bill, which would pave the way for Congress to pass COVID-relief legislation as laid out in the plan by the new Biden-Harris administration.

Other items of note in the joint budget resolution include $1,400-per-person direct relief payments; an extension of unemployment insurance through September with a $400-per-week federal bonus; as well as $350 billion in targeted state and local aid. The resolution also calls for funding to help independent live performance venues and movie theaters.

“The cost of inaction is high and growing, and the time for decisive action is now,” Schumer and Pelosi said in a statement. “We are hopeful that Republicans will work in a bipartisan manner to support assistance for their communities, but the American people cannot afford any more delays and the Congress must act to prevent more needless suffering.”