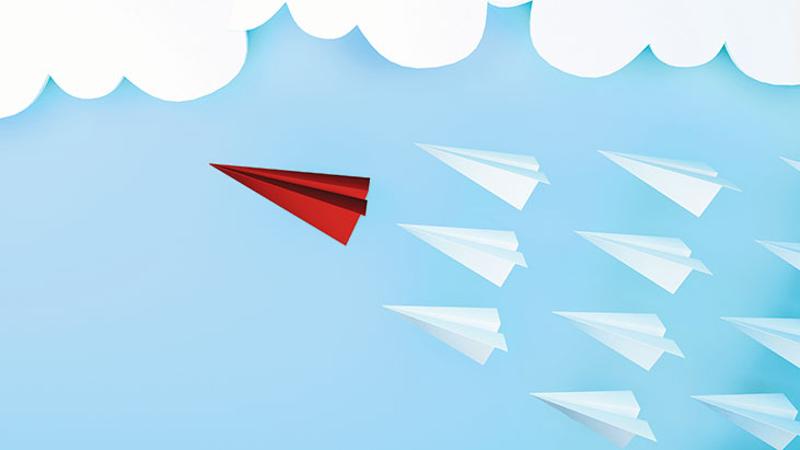 In the words of many an inspirational poster, standing still was not an option for this year’s Top 500. Altogether, these chains boosted year-over-year sales by 5%, according to Technomic. But many that stuck to the status quo slithered down the ranks. We reached out to a few of the list climbers and found that many of their success stories started with data-driven risks and a thorough grasp of their key consumers. Instead of waving as competitors float up the list, take notes from these Top 500 rising stars.

Wienerschnitzel is breaking the traditional QSR mentality of mass appeal, says CMO Doug Koegeboehn. Borrowing a page from tech-driven upstarts, the hot dog chain last year used big data to re-examine the behavior and attitude of its target demo—millennials. “We are trying to create a brand personality that is attractive to that key audience, but we are not trying to be everything to everybody.” As a result, it began partnering with like-minded brands, such as sponsoring an amateur skating competition and Toyota’s Rav4 off-roading races.

Misunderstanding its target audience contributed to Famous Dave’s sales dip (it fell six Top 500 spots this year). Management swapped staples like cornbread for trendier dishes to lasso in millennials. But the changes were not well-received by guests and led to a poor second quarter, the company said after replacing its CEO and vowing to go back to basics.

The morning mealpart was key in propelling several chains’ 2015 sales. McDonald’s freed itself from its sales slump with all-day breakfast, and other chains put their own spins on a.m. offerings. Taco Bell’s Breakfast Defectors campaign helped grow morning transactions by 6% in the fourth quarter, Yum Brands CEO Greg Creed told shareholders. And a large portion of Bojangles’ repeat business is driven by breakfast sales, according to its earnings report. “While many of our competitors do not offer breakfast, in fiscal 2015, we generated 38% of our company restaurant revenues before 11:00 a.m.,” the chain noted.

3. Don’t put off the facelift

In the past, restaurants often would wait 10 years before a redesign. But to stay relevant, more chains are updating closer to every five years and getting 10 to 15% ROI, said Technomic VP Patrick Noone at this year’s Restaurant Leadership Conference. Pieology, which launched in 2011, already rolled out a 2.0 design. Due to positive feedback, it now plans to remodel all units. Too, Arby’s typically sees a sales hike of 15% or more in its new “Inspire” design units, according to Chris Fuller, VP of brand and corporate communications.

Chains eked even more dollars out of well-executed LTOs (and saved on new R&D costs) by recycling fan favorites. Notably, Burger King permanently menued Chicken Fries last spring, reacting to consumer demand. But it’s not the only chain to make menu decisions from social media and focus group outcry. Wendy’s cycled back in its Jalapeno Fresco Spicy Chicken Sandwich and Ghost Pepper Fries after learning through data that guests were making special trips for the spicy LTOs.