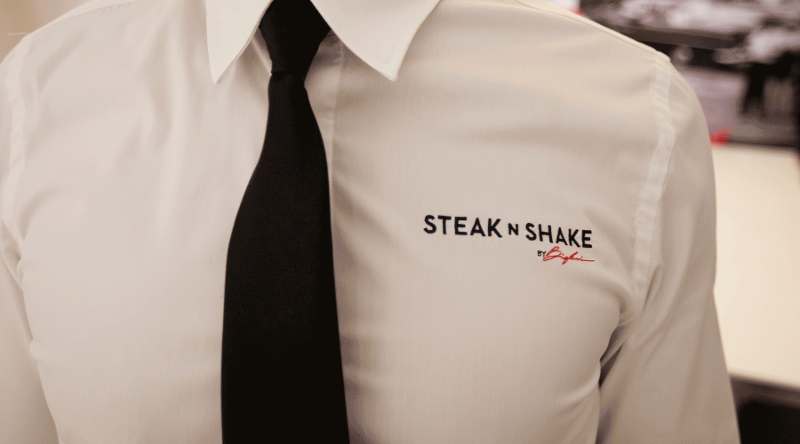 Biglari Holdings kept Steak ‘n Shake out of bankruptcy—and in its possession—with a last-minute payoff of its debt.

Now, the burger chain is putting its hopes in a full shift of its business to an “advanced self-service” model, centered on self-serve kiosks set to be added to the chain’s restaurants coming out of the pandemic, Sardar Biglari, chairman of Biglari Holdings, said in his annual letter to shareholders this weekend.

“A conversion to a bonafide quick-service restaurant chain will, we believe, enhance the company’s economics,” he wrote. “Although most of our dining rooms are currently closed, we are not dispensing with them altogether. Rather, we intend to equip units with advanced self-service … instead of ordering at the table, or even at a counter with an attendant, our guests will not initiate their transaction at a kiosk.”

Steak ‘n Shake has long been a hybrid family dining-quick service chain. It operated a family dining restaurant centered on its steakburgers, but featured drive-thru windows that fueled its takeout business.

The company, which has seen its sales slow the past four years, has been considering a full-on shift toward a fast-food model for some time. The pandemic hastened that shift.

But Steak ‘n Shake first had to avoid bankruptcy. The company spent much of 2020 with the looming threat of a bankruptcy filing amid its own financial concerns as well as a looming deadline to pay off its $153 million in debt.

It avoided that at the last minute last week. Biglari in his letter acknowledged that the parent company opted to pay the debt off, using cash and investments.

That’s a different strategy than normal. Biglari Holdings in theory leaves its holding companies to make their own decisions and doesn’t guarantee the debt of any of the insurance companies or magazines it runs. But Fortress Investment Group bought up Steak ‘n Shake’s debt on the secondary market and then tried forcing it into bankruptcy—which would have enabled the company to take over the brand.

Steak ‘n Shake was facing problems because sales had stumbled in recent years. The chain has reported an operating loss in each of the past three years, including $4.6 million in 2020. Its unit count has also declined by 70 over the past two years to 556, according to Biglari’s letter.

The chain’s strategy to recover is two-fold. First, the company plans to franchise its remaining 276 company-operated locations, many of them to operating partners that pay $10,000, go through a rigorous approval process, and then share in the profits.

That process has gone slower than hoped—Biglari noted he was “overly bullish” on early predictions that he’d sell all the locations within three years. But Biglari remains bullish on the idea, noting that operating partners last year earned an average of $161,079 operating such restaurants.

But the counter-service model is the big change. Biglari said the company would pay $100,000 to $200,000 to remodel the interior of each company-owned or franchise partner restaurant, adding a new point-of-sale system along with the self-order kiosks.

Biglari said the company would remodel the restaurants owned by the 86 franchise partners, noting that the company is “prioritizing units that possess exemplary leadership.”

Biglari said that the closure of dine-in service has helped the company’s restaurants cut down on labor costs—which were 38.5% before the pandemic—considerably higher than the fast-food burger chains the company competes with.

While revenues were cut in half when dining rooms were closed, he said, labor costs fell to 29%. “The dining room with table service was undoubtedly a revenue center,” Biglari wrote, “but it was not a profit center.”

Takeout and delivery sales soared during the pandemic—dine-out same-store sales soared 14.3% last year. “The off-premises business … has propelled Steak ‘n Shake over the years,” he wrote. “For most of 2020, off-premises became our business.”