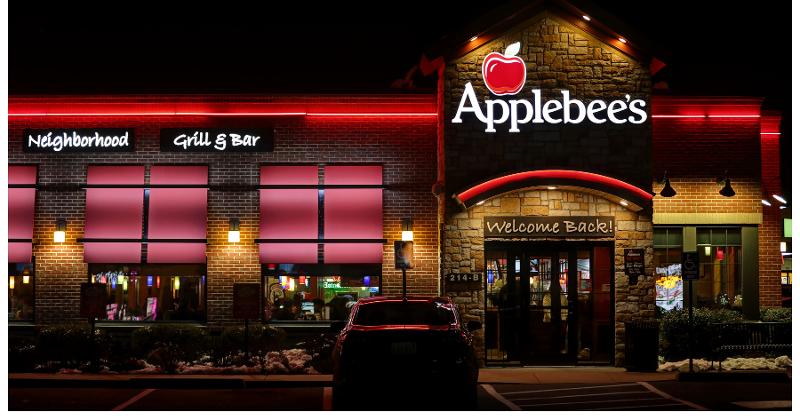 The parent of Applebee’s and IHOP alerted Wall Street on Tuesday that the chains will undergo a thorough strategic review as Step One in drafting a long-term growth plan, but new CEO John Peyton revealed he’s already pursuing several tactics for the Dine Brand Global holdings—including a multi-pronged push into smaller formats.

Almost exactly four months after assuming the top job, the franchising veteran told financial analysts that Dine intends to hit “go” on development of IHOP’s fast-casual spinoff, Flip’d, a small-box operation designed to sell coffee, sandwiches and other grab-and-go items primarily for takeout and delivery. The concept was conceived pre-pandemic as a means for penetrating urban markets, only to be put on hold as the pandemic hit. The spinoff’s small format and breakfast-skewed menu also made it a choice candidate for nontraditional sites, including college campuses. Dine will start opening Flip’d stores this year, according to Peyton.

“Stay tuned for some news coming soon,” he commented, suggesting that a development deal for Flip’d may be in the works.

Simultaneously, Peyton and other Dine executives indicated, IHOP will test a new small-sized prototype, and Applebee’s will similarly strive to develop a scaled-down format. The addition of more designs and size options will enable the company to capitalize on post-pandemic development opportunities, according to Peyton, who noted that franchisees are already alerting headquarters to attractive conversion candidates in their markets.

“We can now pivot from cleaning up the portfolio, to growing it again,” Peyton said.

The scaled-down brick-and-mortar operations will be in addition to the creation of more virtual concepts. Dine has one currently in operation, a wings brand called Cosmic Wings whose Cheetos-flavored specialties are prepared in Applebee’s restaurants for delivery under partnership with a lone third-party service.

Applebee’s President John Cywinski revealed during the analysts’ call  conference call that Cosmic Wings is currently generating $350 a week per unit in sales, but forecast that the number will head skyward as DoorDash and Postmates join Uber Eats as Cosmic’s delivery partners in the next few days.

Peyton characterized the new expansion vehicles as “building blocks of the restaurant renaissance” that his charge is undergoing as part of a recast of the whole U.S. restaurant market.

“We’re changing the way people think and we are turbocharging creativity and experimentation “ he told analysts.

Peyton mentioned the development of additional virtual brands and further use of ghost kitchens as two of Dine’s five key growth initiatives, along with building off-premise business at both Applebee’s and IHOP, investing in smaller formats and continuing to develop new menu platforms such as IHOP’s new burritos and bowls.

He acknowledged that neither Applebee’s nor IHOP was likely in consumer’s consideration set when they had a hankering for delivery pre-pandemic. Now about a third of Applebee’s business is to-go. That amounted to about $54,000 per week in delivery and takeout sales during March and April.

That business helped Applebee’s post an 11.4  For the first time in a long time, I now believe we control our own destiny, and we're poised to unlock the full potential of this great brand. % increase in same-store sales in April when compared to the 2019 level. That was coming off a strong March as well, according to Cywinski.

“We just delivered the two highest monthly sales volumes Applebee's has achieved since the inception of Dine in 2008,” Cywinski said. “In fact, it's quite likely March and April represent two of our all-time highest volume months in the 40-year history of the brand, but I really can't confirm this as our database only goes back 13 years.

“For the first time in a long time, I now believe we control our own destiny.”

IHOP’s same-store sales topped pre-pandemic levels several times during Q1 but were down 4.7% in April, according to President Jay Johns. He noted that his charge has also held steady on off-premise business with a mix of 33.3% of sales.