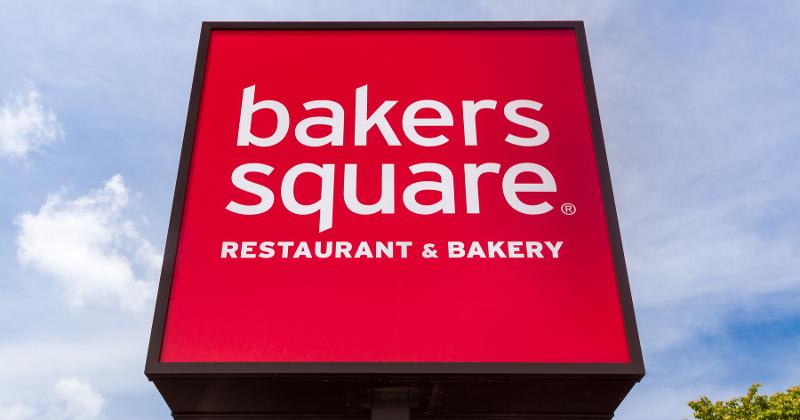 Bakers Square could grow by 37 locations this year thanks to ghost kitchens. / Photograph: Shutterstock

BBQ Holdings is ready to start growing its pie business.

The parent of Famous Dave’s and nine other brands revealed Tuesday that it plans to triple the footprint of Bakers Square, the family-dining chain it acquired in 2021, using ghost kitchens.

Bakers Square currently has 18 locations, or five more than it had when BBQ added it to the fold. But the company expects that number to balloon to 55 by the end of the year, according to an SEC filing.

All of the 37 new outlets will be ghost kitchens. Seventeen will be company-operated and the other 20 will be licensed or franchised, according to the filing.

Non-traditional growth has been part of the blueprint for Bakers Square since BBQ acquired it and sister concept Village Inn for $13.5 million. Early on, BBQ said it planned to sell the chain’s pies out of its other restaurants as well as in retail.

“We can put Bakers Square pies into all of our restaurants,” CEO Jeff Crivello told Restaurant Business at the time. “We can get into retail and other wider distribution. Whereas a lot of Bakers Square restaurants have closed over the years, people are still asking for pies.”

It was unclear Tuesday whether the Bakers Square ghost kitchens would be within existing BBQ restaurants or somewhere else. The company had not responded to a request for comment as of publication time.

Regardless, the unit growth would be a major reversal for a chain that has nearly disappeared in recent years. In 2006, Bakers Square had 143 locations, according to Technomic. By last year, it had just 14 units in seven states, a contraction of more than 90%.

BBQ has been busy under Crivello, buying up concepts and experimenting with co-branding, ghost kitchens and new prototypes. All told, the company has added 168 restaurant locations over the past year, mostly through acquisitions, bringing its total to more than 300.

That activity resulted in a big jump in earnings in the first quarter ended April 3. BBQ's total revenue was up 72% year over year, to $64.2 million. It includes the addition of Village Inn, Bakers Square, Tahoe Joe’s Steakhouse and four new Famous Dave’s locations, as well as an increase in dine-in traffic at all of BBQ’s brands, the company said.

Same-store sales were also positive across the board, including 7.9% year-over-year growth at company-operated Famous Dave’s and 8.6% at franchise locations. The barbecue chain accounts for 144 of the company’s 315 total restaurants.

BBQ’s restaurant operating margin, however, did not fare as well. It was 6.4% at company-owned restaurants, down from 9.1% last year, due to food and labor cost inflation during 2021 and the first part of 2022, the company said.