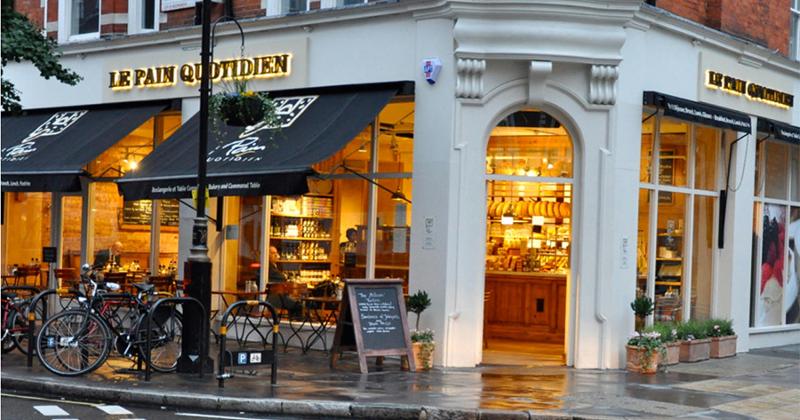 Last week, the bakery chain Le Pain Quotidien filed for federal bankruptcy protection so it could sell itself to Aurify Brands for the modest sum of $3 million, a price that is even more modest when you consider that it amounts to less than $86,000 per restaurant—Aurify is only buying 35 of the chain’s 98 locations.

The good news, however, is that there was a deal at all.

As states closed dining rooms and restaurant sales fell off a cliff, there was active speculation that there would be a massive flurry of bankruptcies and a lack of available financing or even buyers.

There have been plenty of bankruptcy filings, to be sure, though perhaps not as many as some expected. Landlords and lenders have given plenty of breaks on payments, and takeout sales have surely helped some chains in particular put off their demise for a while longer.

In addition, chains such as Red Robin, Dave & Buster’s and CEC Entertainment face significant danger of a bankruptcy filing in the coming months given the slower comeback of their respective sales.

Still, only one major chain restaurant company—Souplantation and Sweet Tomatoes—took the step of filing for Chapter 7 liquidation. The rest of the restaurant chain bankruptcies filed in the wake of the coronavirus have been Chapter 11 reorganization. The Aurify-Le Pain Quotidien deal clearly kept that chain from liquidating its assets.

Many restaurants that at one point have been seen as potential complete shutdowns have found saviors who acquired their debt and then agreed to credit deals to acquire the companies out of bankruptcy.

Fortress Investment Group is acquiring one such company in Craftworks, the company that owns Logan’s Roadhouse and Old Chicago Pizza. It had previously agreed to buy the company in early March for $138 million but lowered the credit deal price to $93 million. It plans to open 150 of the company’s 261 restaurants.

Similarly, Fortress has acquired Krystal Corp. with a credit bid of $27 million plus the assumption of $21 million in liabilities.

There is also Robert Earl, who has teamed up with GP Investments to acquire Bravo Cucina Italiana and Brio Tuescan Grille for $50,000 in cash plus $25 million in credit and $4 million in assumed liabilities. The value of that deal, less than $30 million, is a fraction of the $100 million Bravo Brio was sold for back in 2018.

Earl Enterprises, by the way, owns Buca di Beppo and Planet Hollywood, among other companies.

We might as well include the struggling Boston Market, which didn’t file for bankruptcy but was sold by Sun Capital to a little-known operator, Engage Brands.

The sale agreements clearly demonstrate of the improved outlook for the industry. Krystal, for instance, has been able to generate sales in recent weeks through its drive-thru. Takeout sales have helped many casual dining chains, and there is some confidence among investors and others that the economy could bounce back quickly this year.

At the same time, there is always someone in the restaurant industry willing to take a chance on a struggling brand.

And prices for some of these restaurant chains are apparently too cheap for some investors to pass up. Assuming that sales for many of these brands come back, the investors could reap some cash and potentially flip them down the road. If it doesn’t work, it was a relatively cheap risk in each case.