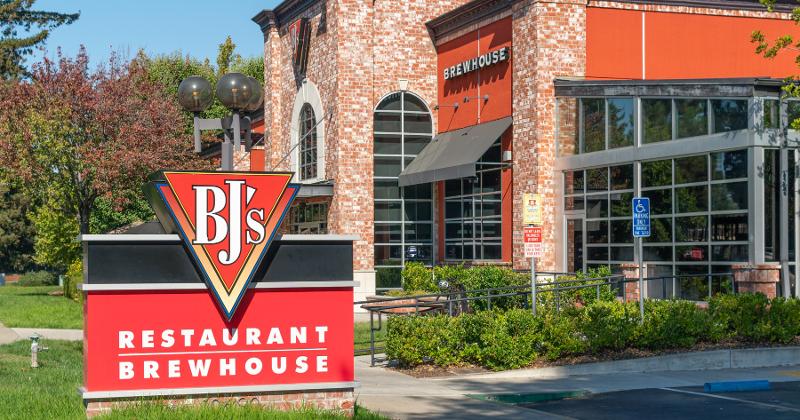 The last time we heard from BJ’s Restaurants, the chain was picking up the pieces from a disastrous holiday season in which an “unprecedented” number of its workers caught COVID and sales plummeted, bringing its momentum to a halt.

The Huntington Beach, Calif.-based chain has emerged from the first quarter of 2022 in a much better place. Average weekly sales increased each month of the period, from $96,000 in January to $118,000 in March, as it added staff and served more customers, executives said Thursday. Same-store sales similarly improved from negative 6.4% in January to 1.2% in March compared to 2019. Its $298.7 million in total revenue was a record for the quarter, beating the chain's previous high of $290.6 million in Q1 2019 by 2%.

Through April, sales were up in the “mid-single digits” on a two-year basis, per CEO Greg Levin.

Staffing was the key driver of BJ's resurgence, Levin told investors. Turnover trends have improved and a new training and engagement program seems to be working. The additional staff allowed the chain to add more late-night hours starting in March, and sales during that daypart were trending positive in April, Levin said. Total restaurant operating weeks increased by 0.7% in the quarter.

“With BJ’s unique positioning, high standard of execution and improved restaurant staffing levels, we are working aggressively to build back even more dining room traffic, while benefiting from off-premise sales that are double pre-pandemic levels,” Levin said in a statement.

“There’s still  a meaningful amount of dining-room traffic in our restaurants that we can add back,” he said.

Also in the quarter, 213-unit BJ’s resumed restaurant development, opening its first new store of the year in Charlotte. It plans to open a total of eight locations this year, and believes it can eventually double its footprint to 425 restaurants.