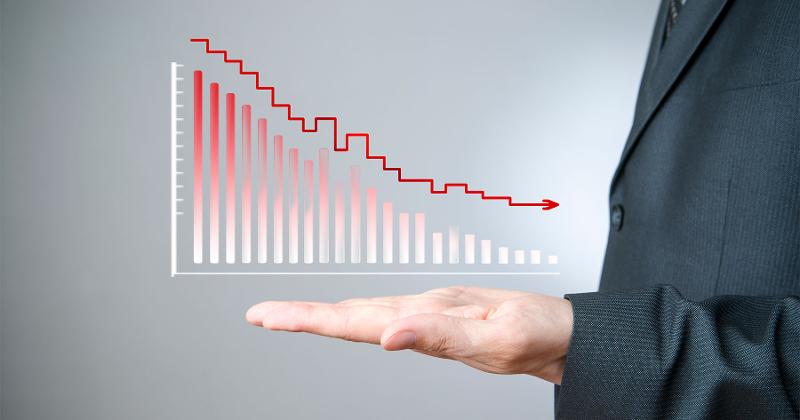 The weather, and perhaps the Winter Olympics, did the restaurant industry no favors in February.

Same-store sales declined 0.8% in the month, according to the latest Black Box Index from TDn2K. That was a deterioration from January and the worst month since September, as chain restaurants again lost customers. Same-store traffic declined by 3.1% in February.

The results continue a relatively weak start to 2018, as the industry combats continued customer count challenges despite a strong economy.

“The industry is not as strong as we wish it was,” says Victor Fernandez, executive director of insights with TDn2K. But, he says, “We’re saying it’s still early to call it a downturn.”

The results do demonstrate the difficulty of making industry conclusions during the winter. Weather was a challenge in many markets in both January and February, which could have influenced sales results.

Consumers are less likely to eat out if they have to trudge through several inches of snow to get to their nearest restaurant.

Another issue: the Olympics. It’s difficult to determine whether the 10-day event influenced sales, but Fernandez believes it might have.

“Looking at TV ratings, you had close to 20 million people watching every night,” Fernandez says. “Not all of them would have gone out and had dinner, but even if a small percentage were skipping out to watch some curling or figure skating, that would have some effect.”

There were some other elements that could have influenced February sales. Valentine’s Day landed during the middle of the week, which is a traditionally difficult time to generate sales. And it also landed on Ash Wednesday.

“We think all of those factors warrant us being cautious until we get to March and April,” Fernandez says. “But we’re definitely not where we want to be in the industry.”

The industry, in theory, should be generating strong sales at the moment given the state of the economy, which has low unemployment and rising wages. Tax cuts, meanwhile, should provide consumers with extra spending money. And consumer confidence is strong. But that hasn’t been enough to generate sales.

“The chaos in Washington has created massive volatility in the equity markets that could be weighing on consumers,” Joel Naroff, president of Naroff Economic Advisors and TDn2K’s economist, said in a statement. But with wages rising, he said, consumer spending should improve.

“All of that should mean more spending from consumers going forward,” Fernandez said. “But it’s not a very strong industry. It’s definitely very far from a growth mode from a traffic perspective.”

According to TDn2K, results in February were “soft across the industry,” with all segments reporting negative sales.

Fast casual was the top-performing segment in the month and continues to gain market share through new unit construction.