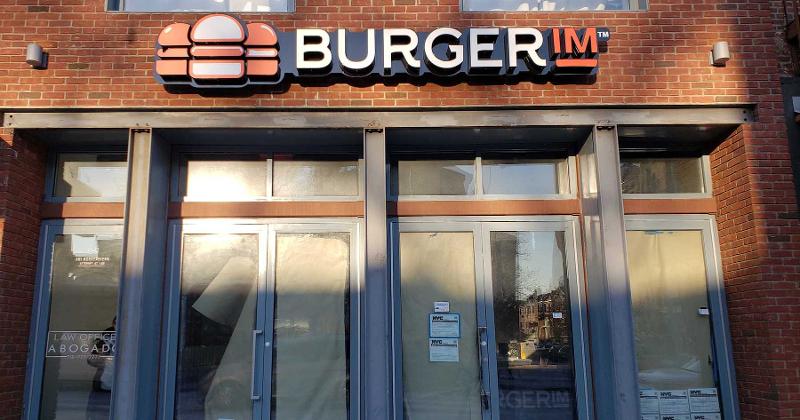 Not that long ago, Burgerim was an overnight sensation, a fast-casual chain that popped up in Southern California with an interesting take on the burger business. It managed to quickly sign up hundreds of franchisees, becoming one of the fastest-growing restaurant chains in the country.

It was too good to be true. As we reported this week, the brand is considering a bankruptcy filing. Its office hasn’t answered its phones in weeks. Its voice mailbox is full. Emails to company officials are bouncing back, and few people are responding to inquiries.

The lesson is an old one in the restaurant business: Beware of overnight sensations. Companies that come out of nowhere and are suddenly everywhere are dangerous businesses for investors, and especially for the franchisees who often spend their life savings to open them.

Burgerim was able to sign lots of franchisees over a short period. The company collected more than $44 million in franchise fees over three years.

It appears that the company had little in the way of franchise support or structure, however. It had operators all over the country and didn’t collect much in the way of royalties.

“It’s in a difficult position,” Michael Berger, a California bankruptcy attorney hired to reorganize the company, told Restaurant Business. “We’re trying to figure out the best way to reorganize.”

Berger said he was hired only recently and that he is trying to work his way through the system’s challenges, including lawsuits filed in a number of states by current and prospective franchisees.

He also said the company has not been good about collecting royalties.

“They were very good at selling new franchises,” Berger said, “and less good about enforcing the franchise agreements.”

Burgerim opened its first U.S. location in 2016. It opened no corporate locations. By the end of 2018, it had signed over 400 franchise agreements and operators had opened more than 100 restaurants.

Some locations never opened at all. One in Sarasota, Fla., was evicted from a mall before even opening.

Exactly how Burgerim was able to come out of nowhere and sign so many franchisees so quickly is something of a mystery.

The company advertised mainly on social media sites, particularly Facebook, for its franchisees. According to the Los Angeles Times, it paid the Instagram personality Foodgod a seven-figure marketing deal. Foodgod made several posts boasting about the burger chain.

And experience was not required. Burgerim was willing to sell franchises to people willing to pay the franchise fee, which ranged from $40,000 to $70,000.

“If you have the $50,000 franchise fee and are willing to come on board, we’ll take a chance on you,” former CEO Tom Meiron told Franchise Times last year.

“Most of these people have never run a franchise before,” said Seth Wiener, an attorney in California who has represented a couple of prospective Burgerim franchisees whose franchise agreements were canceled but their fees were never returned. He’s spoken with several of the chain’s current and former operators.

The brand also grew with little regard to location. The company, which is based in Encino, Calif., let franchisees open stores as far away as Florida and New York and had a number of locations in the Midwest.

It’s traditionally difficult to manage franchisees that far apart. For a brand with so many inexperienced operators, that would have been a major challenge, even if it was well-funded.

The company collected a lot of money from these inexperienced franchisees. In 2016 Burgerim generated $2.1 million in revenues, according to its most recent franchise disclosure document, filed in March. The vast majority of that came from franchise fees.

Operators have been unable to reach anybody from the company for weeks. Oren Loni, who brought the brand to the U.S. and who, according to the company’s website, “transformed a burger into a success,” is said to be in Israel.

The brand is currently being overseen by a chief restructuring officer, but as Berger said, Burgerim is “trying to cut costs.”

“It’s got franchisees that want refunds but haven’t gotten refunds,” he said. “It’s got cash-flow problems.”

Nothing from the disclosure documents point to financial problems that would lead to a bankruptcy filing. Burgerim doesn’t operate any of its own locations and reported a profit in audited financials all three of those years. It did not disclose any debt.

But franchise fees are one-time sources of revenue and are particularly volatile, and despite fast growth, royalty revenue was difficult to generate. It’s possible a steep decline in new fees could have put Burgerim behind very quickly.

Regardless, people experienced in the franchise sector have seen this before, in small stories such as upstart yogurt chains years ago and in much larger problems such as the collapse of Quiznos. Rapid, out-of-nowhere growth on its own, with little regard for geography, is a major red flag. Burgerim is only the latest example.