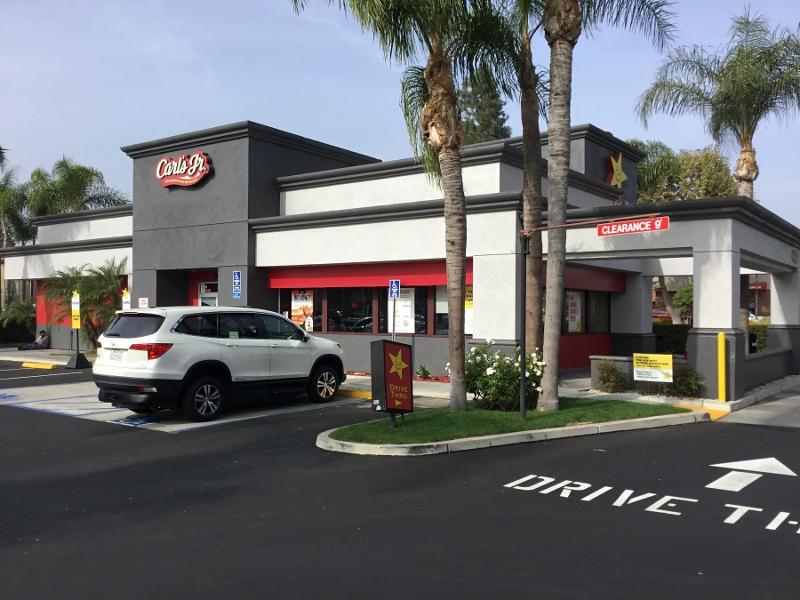 Hardee's and Carl's Jr. franchisees plan to remodel stores over the next four to six years./Image courtesy of CKE Restaurants.

Owners of Carl’s Jr. and Hardeen’s locations plan to invest a total of $500 million into remodels over the next four to six years that are designed to streamline operations and add new technology into the restaurants.

That includes the brands’ franchisor, CKE Restaurants, which itself is investing $60 million to remodel company-owned stores. Ninety-five percent of the chains’ restaurants have committed to the remodels, expected to take place over the next four to six years.

The remodels have already started and the company expects to complete some 500 by the end of 2022. The two brands operate about 2,600 U.S. restaurants combined and about 3,800 globally.

The remodel rolled out in Columbia, S.C. more than two years ago. At the time, the market was underperforming broader system sales, but it has since outperformed the company.

Chad Crawford, chief brand officer for CKE, called the effort “a revolutionary moment for Carl’s Jr. and Hardee’s that is long overdue.”

“These transformations are more than a fresh code of paint,” Crawford said in a statement. “They are about telling our customers, team members and franchisees that they are heard and valued.”

Hardee’s and Carl’s operate what is essentially one brand with two names. And both of them have underperformed their rivals in recent years. Hardee’s system sales has declined 1.5% over the past three years, mostly due to unit closures. The brand operates 2,122 global units, most of them in the Southeastern U.S., down 5% over the past three years.

Carl’s has performed better, with system sales up 5% over the past three years while unit count has declined 1.1%. It operates 1,634 restaurants, most of which are in western states. Both brands have increased their presence in international markets in recent years, however.

CKE, owned by the Atlanta-based private equity firm Roark Capital, recently launched a new loyalty program at the two brands, called My Rewards, that is available through both the Hardee’s and Carl’s apps.