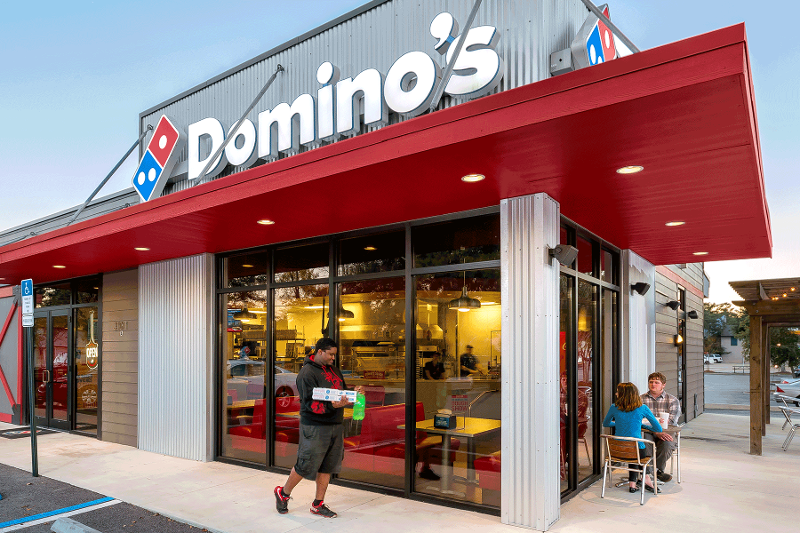 On his company’s third-quarter earnings call this week, Domino’s CEO Ritch Allison provided a dose of unfortunate reality regarding a sizable segment of his competitive base: The dine-in independent pizza concept.

“But the reality is, if you were operating an independent pizza restaurant with a significant amount of your business dine-in, and if you were relying on beverage mix and alcohol to bring a good bit of margin to your business, if that business has now been shifted to where you have to do most of it off-premises and if most of that has to come by paying very high fees to third-party aggregators, it’s just a really difficult operating environment.”

As a result, he said, companies like Domino’s have an opportunity to take share, which will fuel growth down the line.

He isn’t wrong. The industry is losing independents. Chains are recovering, or they are fully recovered. These chains will take over spaces left by many of these independent operators as they shut down.

The disconnect between chains and independents has been obvious for some time, and we have been writing about it for months. But it was particularly obvious on Thursday morning, when Domino’s reported one of the best quarters in its history, with same-store sales up 17.5%.

To be sure, plenty of chains are struggling, as was made clear when Ruby Tuesday declared bankruptcy. But of the now-18 restaurant chains that have declared bankruptcy since the start of the pandemic, only six are large-sized chains and all of them had significant issues before the quarantine, such as declining sales, a heavy debt load, past bankruptcy filings or some combination thereof.

Meanwhile, independents have been closing in droves, including some of the country’s oldest and most venerable institutions. Many are holding out hope for a deal between Congress and the president on a stimulus package, but that remains a considerable uncertainty.

The future isn’t likely to get any better, either. Prospects of renewed shutdowns of different states’ dine-in service remain high given renewed increases in coronavirus infections. What’s more, the weather is cooling off, which could ultimately cost many concepts the outdoor dining they’ve relied upon for the past several months.

That means takeout and drive-thrus will continue to rule in the next few months. “I don’t know how any restaurant owner makes it without a drive-thru,” one fast-food operator told me this week, lamenting the loss of independents.

Of course, some chain casual diners can also withstand that because they have smartphone apps and established takeout strategies that make it easier for customers to order—something independents may or may not have. In any event, they remain on a thin line between success and failure, as it is.

And lest we forget: The economy remains in the dumps. There are nearly 11 million fewer jobs now than there was during the pandemic. More than 800,000 people are getting laid off every week, and incomes are declining.

That is all setting up for a future in which consumers will focus on value—Allison said on Thursday that value “will only be more important” in the coming months—and value fundamentally helps chains, particularly fast-food chains that offer low-priced food.

It’s not true that independents will completely die, of course. And they’ll eventually come back—they always do, the restaurant business remains a popular idea for would-be entrepreneurs.

But chains are already lining up to take advantage of an expected flood of real estate. The result will be a massive shift to chains, and a long, long recovery for the country’s independent restaurant.