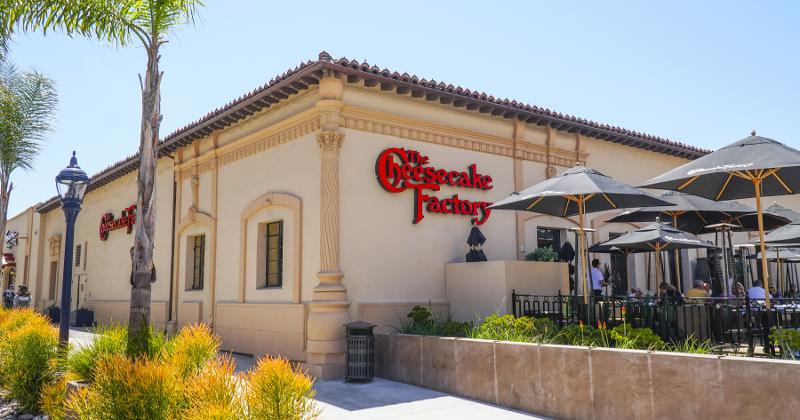 The Cheesecake Factory said that COVID is likely the reason for fluctuating sales. / Photograph: Shutterstock

But for The Cheesecake Factory, the virus is as real as ever.

It’s COVID, and not the country’s economic turmoil, that has been causing the 308-unit casual-dining operator’s business to fluctuate from month to month and market to market, said CFO Matthew Clark on Wednesday.

The chain’s same-store sales rose 4.7% year over year in the quarter, which was roughly in line with menu prices during the period. Revenues were $832.6 million, at the low end of Cheesecake’s forecast. The results had some analysts wondering whether customers were starting to slow their spending at the chain as inflation rages on.

“Who knows?” Clark said. “The trillion-dollar question is what is the consumer going to do and how are they behaving?” What he did say was that The Cheesecake Factory’s current sales trends don’t resemble those during the Great Recession.

“When we looked at that data, the trends there were much more moderated and broad-based across all restaurants,” he said. “Not these pockets that we’re seeing today. … That wouldn’t tell me that’s economics. That tells me there’s another factor in play.”

That factor, Clark said, is COVID-19. The chain has felt pressure in Southern California, where cases have been rising since March, and New England, which had a spike in May, but not so much in Florida and Texas, he said. When sales in one unnamed city slowed down recently, Clark Googled it and saw a local news headline that read “The summer surge is back.”

“We could almost be like a sounding board for the CDC,” Clark said. “You can track it. People can’t go into restaurants when they’re sick or they’re home taking care of people.”

In areas that are more stable in terms of COVID, he said, metrics like check averages, attachments and dessert sales remain in line with expectations. And the chain’s mean performance over the past several quarters has matched 2019 sales, plus price.

“That gives us a lot of confidence that no one is trading down,” he said.

Nor has the chain wavered from its predictions for the rest of the year: AUVs of $12 million for its massive restaurants and operating margins that match those of 2019.

To achieve that latter goal, though, Cheesecake is raising prices again to help offset higher-than-expected commodity and labor costs. It will begin implementing a 4.25% price hike as it rolls out a new menu, amounting to prices that are 7.5% higher than the second half of last year, Clark said.

It’s expecting commodity inflation of 14% to 15% for the year, which is about 200 to 300 basis points higher than its prior outlook, and wage inflation of 5%.

But Clark said there are signs that inflation has peaked. Cheesecake reported its lowest level of wage inflation so far this year and expects commodity costs to decline by 250 basis points between now and the end of 2022.

“If these trends continue, coupled with our higher menu pricing, we will still be on track to exit this year with four-wall margins at 2019 levels,” he said.