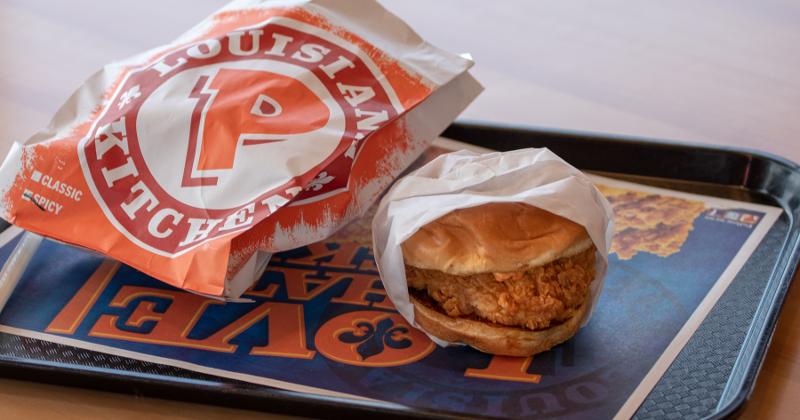 It turns out that, when a bunch of your competitors introduce a product just like yours, it can have an influence on sales.

Popeyes Louisiana Kitchen received a lesson in this last year. The chicken chain introduced its new chicken sandwich permanently in November 2019, generated the strongest quarterly same-store sales in modern industry history and then largely kept sales strong even through the pandemic.

But those sales slowed last year. U.S. same-store sales declined 2% in 2021, parent company Restaurant Brands International said on Tuesday. The unsurprising culprit: all those chicken sandwiches from all those fast-food chains.

“There’s a lot of competition, that’s part of the business,” Jose Cil, CEO of Restaurant Brands International, told analysts on Tuesday. “But I think we have a differentiated product with our chicken sandwich as well as our nuggets that were launched and a lot in the innovation pipeline on hand-held chicken.”

Plenty of other figures back up Cil’s comments. For one thing, the company’s sales improved in the fourth quarter from the third, by about 3 percentage points, to a decline of 1.8% in the period ended Dec. 31. Popeyes’ sales late last year were also influenced by other factors—notably reduced store hours and service modes, which hurt sales by 1%, executives said.

Operators are also building more restaurants. Popeyes franchisees added nearly 150 restaurants in the U.S. last year—more than any of RBI’s other three brands added domestically. And despite the recent same-store sales declines, the chain’s average unit volumes remain far higher than they were in 2019, before the company introduced its chicken sandwich.

“It’s important to remember just how significant the step change for Popeyes in the U.S. was,” Cil said. “The business has changed dramatically in terms of AUVs or volumes on a per-store basis as well as four-wall EBITDA for the franchisees.” He was referring to earnings before interest, taxes, depreciation and amortization.

Popeyes’ chicken sandwich introduction was the strongest new product introduction in modern history. It helped the chain add $1.6 billion in total system sales since 2018. System sales are now about $4.8 billion.

But the frenzy over the sandwich also generated one of the biggest menu trends in modern history. You’d have an easier time picking the restaurants that didn’t come out with new chicken sandwiches over the past two years.

The biggest of those, however, came from McDonald’s, the world’s largest restaurant chain, and KFC, Popeyes’ rival.

Both chains generated sales growth last year. KFC had one of its best years in decades in 2021, with system sales up 7% for the full year. McDonald’s U.S. same-store sales rose 13.8%, the best full-year performance in the chain’s history.

Not everyone that introduced chicken sandwiches last year did well with them—Popeyes’ own sister company Burger King struggled most of last year despite its new chicken sandwich. It ultimately overhauled its management and is now planning to spend the year promoting its core products, notably its Whopper.

“The key for Popeyes in the U.S. will be to continue to deliver the great-tasting products that we have and do so in a really efficient way in our restaurants,” Cil said.