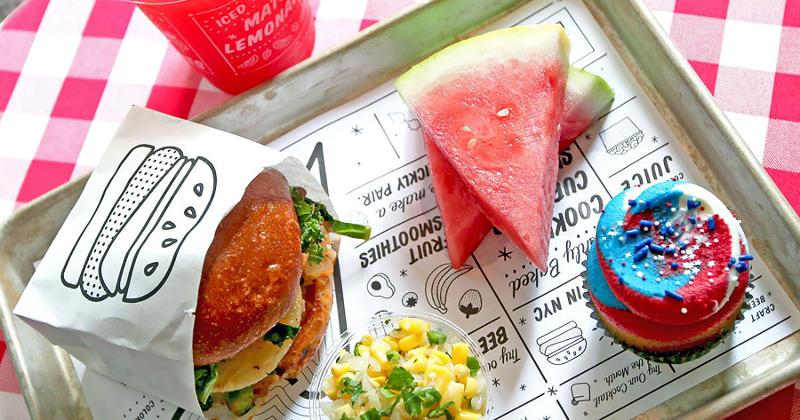 Vegan chain By Chloe, whose parent company BC Hospitality Group declared bankruptcy late last year, has named the Bain Capital Double Impact Fund and the Kitchen Fund among the first bidders to acquire the fast-casual brand.

The bidders are among By Chloe’s bankruptcy lenders. These stalking horse bidders would purchase the chain for $3.25 million, which is the amount of bankruptcy financing the groups provided, according to court documents.

The stalking horse bidders would receive 100% of the equity interests of By Chloe, while assuming up to $150,000 in claims from creditors and others.

The bid will be considered at an auction Monday.

By Chloe was a rising star among emerging fast-casual concepts. The New York City-based chain blamed the pandemic for its need to file for bankruptcy. The chain closed three of its 14 locations last year and saw revenue drop by about 67%, according to the bankruptcy filing.

The chain had previously received a Paycheck Protection Program loan of $2.67 million. It listed unsecured debt of approximately $2.5 million in its Chapter 11 filing. In 2018, By Chloe landed a $31 million investment from a number of funds, including Bain Capital and the Kitchen Fund, to accelerate its growth.

Over the years, By Chloe has been embroiled in an ongoing legal dispute with its namesake and co-founder Chloe Coscarelli. Coscarelli, known for appearing on the Food Network, left the brand in 2017 after the parent company sought to remove her. An arbitrator in the case called her “grossly negligent” with the business.

The dispute has continued, with Coscarelli serving a demand for arbitration in 2019.

In September, the arbitrator issued a final award that “if confirmed by the NY Federal District Court, would award Chef Chloe attorneys’ fees and costs totaling $2,265,838.60,” according to the bankruptcy filing.

This week, a bankruptcy judge is slated to hear Coscarelli’s trademark case.